Support Us
More
More
HomeAUTOToyota to have 30 battery electric models by 2030
AUTO
December 14, 2021

Toyota to have 30 battery electric models by 2030 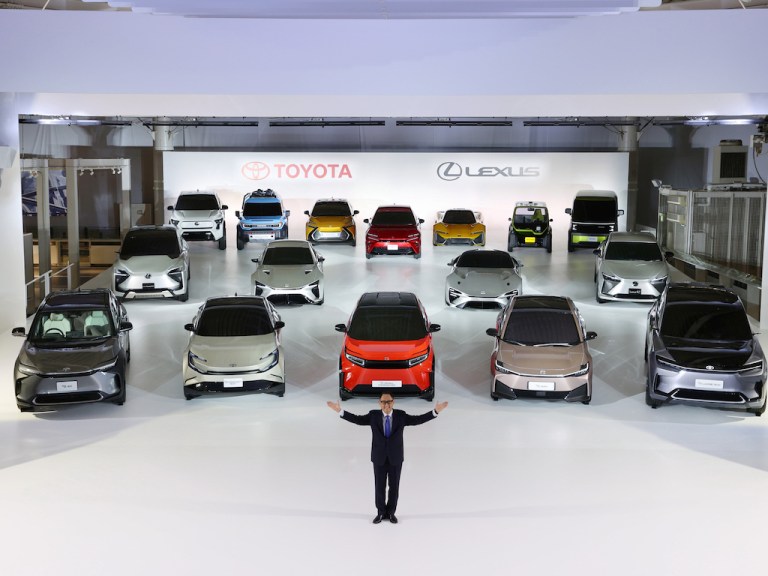 Toyota president Akio Toyoda has announced no less than 15 uniqe concepts for future global Toyota and Lexus electric car line-up. He has also detailed plans for the two firms to launch a total of 30 electric vehicles by 2030.

Revealing a bold plan for the two firms to sell around 3.5 million battery-electric cars by 2030, Toyoda explained that “we need to reduce emissions as much as possible, as soon as possible,” and that the brands will “expand options for carbon-neutral vehicles”, which run on ‘clean’ energy.

By 2030, the automaker is also eyeing for annual sales of 3.5 million BEVs, CEO Akio Toyoda told a news briefing, and intends to make the Lexus brand 100% electric. This will be equivalent to around a third of its current global sales.

Also Read: Toyota to have 30 battery electric models by 2030

Lexus aims to realize a full lineup of battery EVs in all vehicle segments by 2030 and to have battery EVs account for 100 percent of its vehicle sales in Europe, North America, and China, totaling 1 million units globally, Toyoda said. And it aims for battery EVs to make up 100% of its global vehicles sales in 2035.

Toyoda also revealed some of the vehicles that will help Lexus achieve its battery electric vehicle plans, starting first with the RZ electric SUV. Concepts on show included a sedan and an SUV, and the brand also revealed a supercar as it said it will develop a Sports Battery EV, using “bold proportions and low ride height essential to a sports car” while showcasing the driving performance of a Lexus. Acceleration time will be in the low two-second range, cruising range over 700km (435 miles), and with the possible use of solid-state batteries in mind.

Keeway Sixties 300i And Vieste 300 Launches In India, Know Details