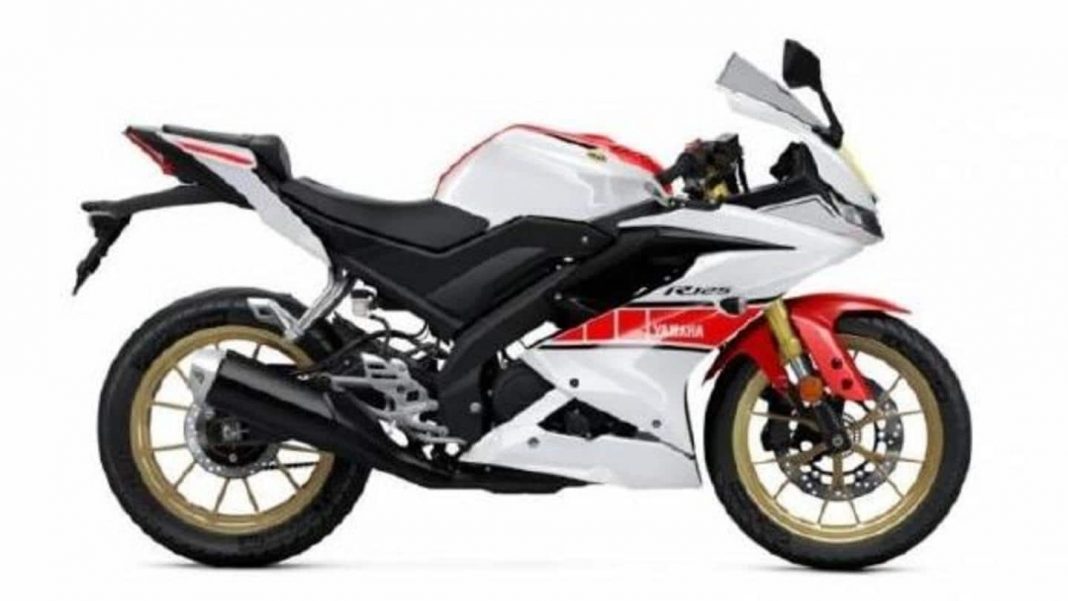 Yamaha has revealed the new striking looking YZF-R125 in the special World GP 60th Anniversary livery. Like the R3, the new R125 has been introduced to commemorate the brand’s victory at the Belgian GP in 1964.

For the record, Yamaha has also introduced the same livery on a host of its other bikes in the past.

The new special edition YZF-R125 features a white body base color and a red racing red graphic that stands out on the side body and top of the fuel tank. The front fenders are also dyed red and the tail is highlighted in red. The combination of white and red themes gives the bike a very sporty look. Also, the wheels of the special edition sports bike have a golden / bronze effect, complemented by a yellow stripe on the forehead of the bike.

With the exception of the new paint theme, the rest of the design details remain the same as the standard R125 sold in overseas markets. Also note that the exterior design of the sports bike is very similar to the YZF-R15 model sold in India.

In terms of safety equipment, the Yamaha YZF-R125 World GP 60th Anniversary Edition is equipped with disc brakes on both the front and rear wheels, along with dual-channel ABS for better handling on the roads.

Suspension duties on the motorcycle are taken care of by 41mm inverted forks on the front side and a mono-shock unit on the rear end.

However, pricing and availability details of the Yamaha YZF-R125 World GP 60th Anniversary Edition are yet to be disclosed. It is unlikely to debut in India. Provided it does, the two-wheeler will take on the KTM RC 125.

Ather offering up to 5 years of warranty for 450X for only Re 1, Everything you need to know about this amazing offer

Karnataka transport department soon to provide e-bike taxis with licences, passengers will only have to pay Rs 25 for 5km