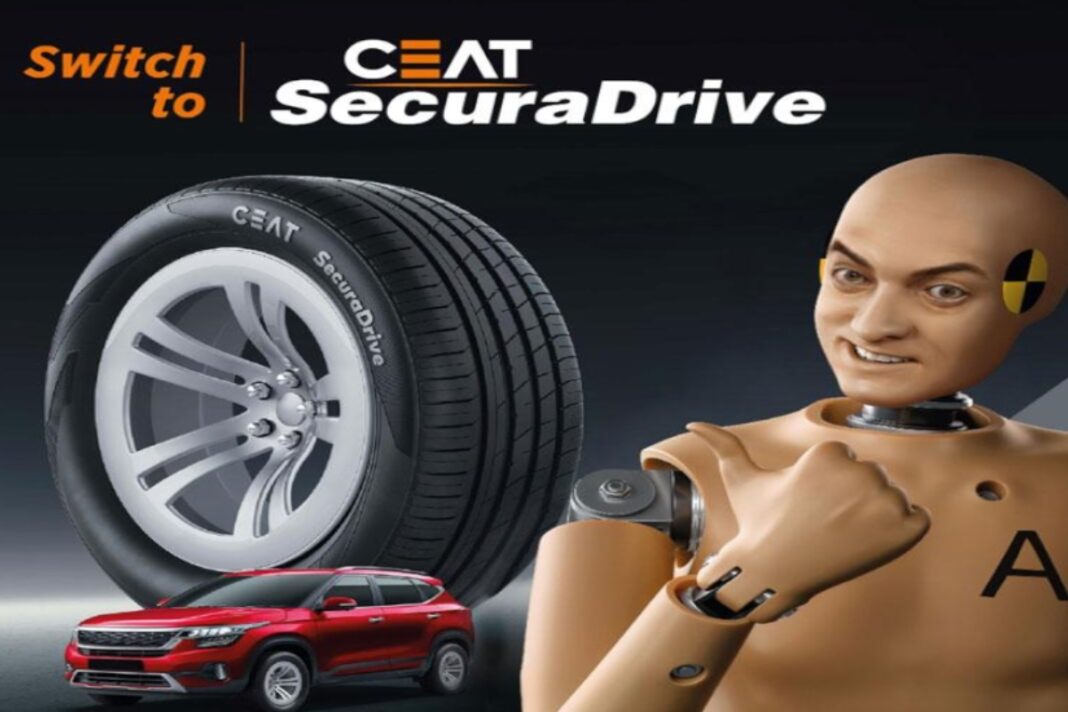 Ceat tyres, one of the leading tyre manufacturing companies has announced that they have appointed Amir Khan as brand ambassador by signing a deal for two years. Under this deal, Amir Khan will be featured in two commercials during the span of IPL 2020 to promote Ceat’s SecuraDrive range of Car tyres.

The first ad will be aired at the beginning of IPL and will also be rolled out/promoted across different media platforms both online and offline. The campaign based on the theme ‘don’t be a dummy’ emphasises on the usage of high quality tyres that provide complete safety in any kind of driving conditions.

Mr. Amit Tolani, Chief Marketing Officer, CEAT Tyres Ltd, said, “We at CEAT have always believed in our vision of ‘Making Mobility Safer and Smarter Every day’. The launch of our new campaign articulates the same for our premium sedans and compact SUVs tyre range. The central idea is to highlight the importance of using credible, reliable and durable tyres as against using any ‘dummy’ tyre. We are delighted to have Aamir Khan on board for this campaign as he perfectly embodies CEAT’s core values of integrity, passion, perfection and innovation. With one of the best actors in the industry, associating with one of the best tyres in its segment, we believe we have a winning combination at hand. IPL offers an ideal opportunity for us to connect with our customers as it is one of the most widely watched events in India with a massive viewership.”

Bollywood actor, Mr. Aamir Khan said, “I am proud to be associated with one of the most respected brands in India. When CEAT reached out to me for this campaign, I instantly connected with the idea and completely fell in love with the script. Playing a character of a dummy was a unique experience and I thoroughly enjoyed the shoot. I am looking forward to an exciting journey with CEAT tyres.”

The campaign is created by O&M, it is crafted interestingly to attract the audience and educate them at the same time. There will be a short but intriguing storyline set in advance trye testing facility, where test dummies are used for testing. Aamir Khan will play a character of dummy who comes to life when no one is observing and manipulates situations to save himself from the pain of crash during the trye testing. The core idea is to educate people about the safety and showcase the technology of CEAT SecuraDrive car tyres which enables a safe driving in different conditions.

Mr. Rohit Dubey, Group Creative Director, O&M said, “On a regular day CEAT tries to push the envelope of tyre advertising, so when it came to Super Bowl of India – IPL, the brand set the bar higher for itself. Disruption, with a tinge of CEAT’s trademark tongue-in-cheek approach, led us to collaborating with Aamir Khan. A big challenge was, what newness can we create with him. And hence the ‘paranoid, crash test dummy.’ Being aware of COVID production reality, we scripted it such that it doesn’t require a crowd scene and kept it contained. We hope “Baat safety ki hai, Don’t be a dummy”, strikes a chord with consumers and stands out in the crowd of IPL spots.”