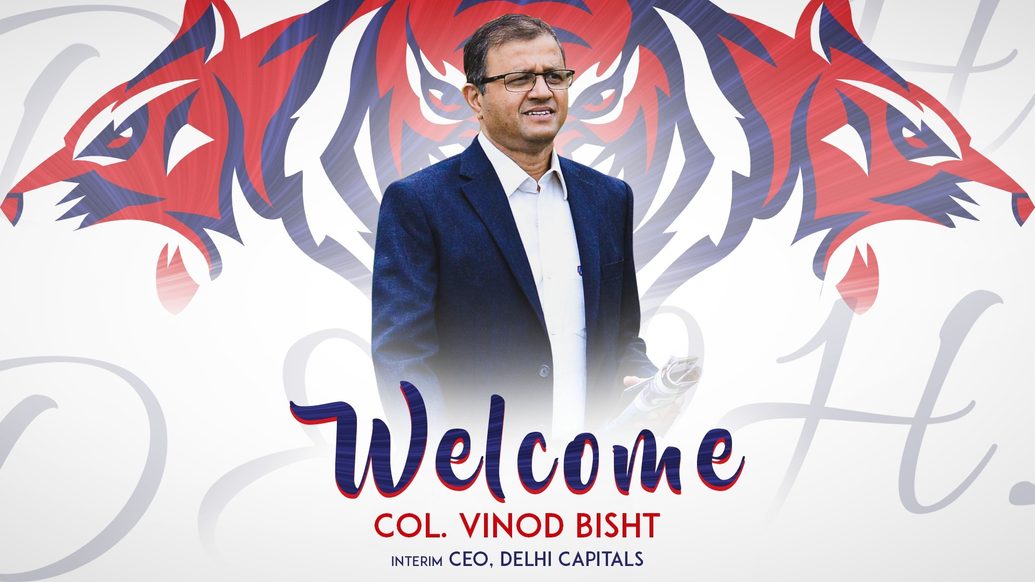 Delhi Capitals, co-owned by SW and GMR, on Monday announced the appointment of Colonel Vinod Bisht as their Interim Chief Executive Officer for the franchise. Dhiraj Malhotra, who held the position for the last two years, has turned his paper.

“I would like to take this opportunity to thank Dhiraj for his time and efforts for our franchise,” DC Chairman Kiran Kumar Grandhi said on the occasion. “It has been a remarkable last two seasons for Delhi Capitals, and Dhiraj has been a crucial part of it. All of us at the franchise would like to wish him the very best for his future endeavours.”

“Dhiraj will always remain a part of the DC family. I would like to thank him for his tremendous role in getting DC to where it is off the field,” team co-owner Parth Jindal said. “I wish him all the very best. Delhi Capitals will now put its best foot forward to take the team’s performance to the next level under the able guidance of Colonel Bisht.”

Colonel Vinod Bisht has been offering his services to Indian Army for over two decades. An IIM-A alumni, the colonel is a paratrooper and has been a part of Delhi capitals ever since the beginning of the tournament.

He will start handling his duty as interim CEO with immediate effect.