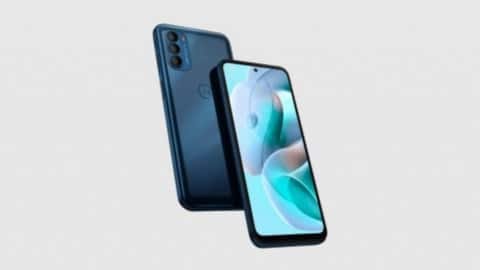 Motorola can launch its new smartphone Moto G41 in the market very soon. Recently, the company’s model number XT2167-1 smartphone was certified by Anatel in Brazil. The codename of this device is ‘Corfu’. It is believed that the company will present this device as the Moto G41 moniker. There is still some time for the phone to be launched, but in the meantime TechnikNews has shared the renders of this upcoming smartphone.

At the same time, a microphone, a USB Type-C port and a speaker grill have been given at the bottom of the phone. As per the Brazilian certification, the phone is backed by a 4,700mAh battery. It is believed that this phone of the company will come with 4G, Wi-Fi 802.11ac and NFC. No information has come out about the rest of the features of the phone yet.

Motorola is also preparing to launch the Moto G71 smartphone under the G series. This phone can come with 6.43 inch Full HD + OLED display. For photography, the company can offer triple rear camera setup in this phone. It can be given an 8-megapixel ultra-wide angle lens with a 50-megapixel primary sensor and a 2-megapixel macro lens.

This phone can come with up to 8 GB of RAM and up to 128 GB of internal storage. Talking about the processor, this handset is expected to get Snapdragon 695 chipset. Apart from this, the company can also offer 5000mAh battery in the phone, which will come with 30W fast charging.