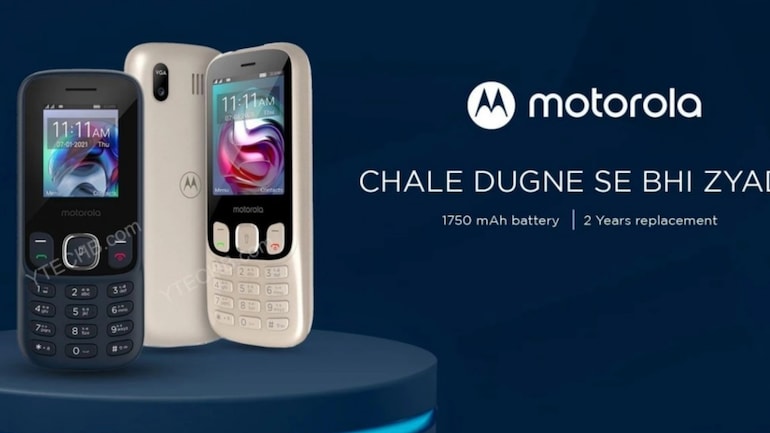 This festive  season, Motorola has decided to venture into the feature phones market. Motorola, the Lenovo-owned company is about to launch Moto 10, Moto 50, and Moto 70 in market of India.

This feature phones will have speciality of 1,750 mAh batteries with dual SIM support and a two-year replacement guarantee scheme.

Notably this year, Motorola has launched a series of smartphones. In India, The company made the Moto Edge 20 series and in International markets it has made Edge 20, Edge 20 Fusion and the Edge 20 Pro.

As per GSM Arena, “the Moto A10 and Moto A50 both will come with an MT6261D chipset by Mediatek.” This features phones will have 1.8-inch colour screen with a physical button and a torch. It also have slot for SD card. In this phones, they also have a 3.5mm audio jack on top. But specifically A10 will not come with camera while the A50 will have one on the back. Talking about the third phone, the A70 is best among all. The phone features a 2.4-inch display, and it is believed to be powered by an Unisoc chipset. Besides this part it will also come with a FM, torch and other features.

Note, yet Motorola have not officially announced the arrival of the smartphones. It also haven’t disclosed the price and availability of the phones.