Nationalist Congress Party (NCP) leader Ajit Pawar said there was no reason for him to be unhappy with the party and it was his decision not to speak at the party convention in Delhi on Sunday. Addressing a press conference in Mumbai on Monday, Ajit Pawar said that “It was a national convention. Our state president Jayant Patil presented the state’s situation in the conference. There were other leaders who spoke. But everyone wanted to listen to our National President Sharad Pawar ji and since it was getting too late, it was decided that he would speak. I went to the washroom and it was projected in the media as if I was unhappy.”

Ajit Pawar said that the party has given him everything. He asked “Should I give it in writing on a stamp paper that I am not sad?” Ajit Pawar said that he avoids speaking in programs outside Maharashtra and that is why he told media personnel in Delhi that he would speak on the matter after returning to Maharashtra. On Sunday, Ajit Pawar left the stage while NCP state president Jayant Patil was delivering his speech at the party’s national convention in Delhi. After this incident, party workers raised slogans, who demanded Ajit Pawar to deliver a speech. He later returned when NCP President Sharad Pawar was delivering his speech. Ajit Pawar, who is also the Leader of the Opposition in the Maharashtra Legislative Assembly, slammed the state government for not appointing the guardian ministers of the districts.

Ajit Pawar said that “the state government has banned all the schemes approved in the current financial year under the district plan. It was announced that the Guardian Minister would review it. It is already September and since the appointments of Guardian Ministers are yet to come, all development plans are being put on hold.” He said that the Chief Minister and the Deputy Chief Minister should answer why they have not expanded the cabinet yet and why guardian ministers have not been appointed. 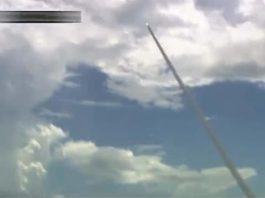