Alert In West Bengal Due To Cyclone Asani 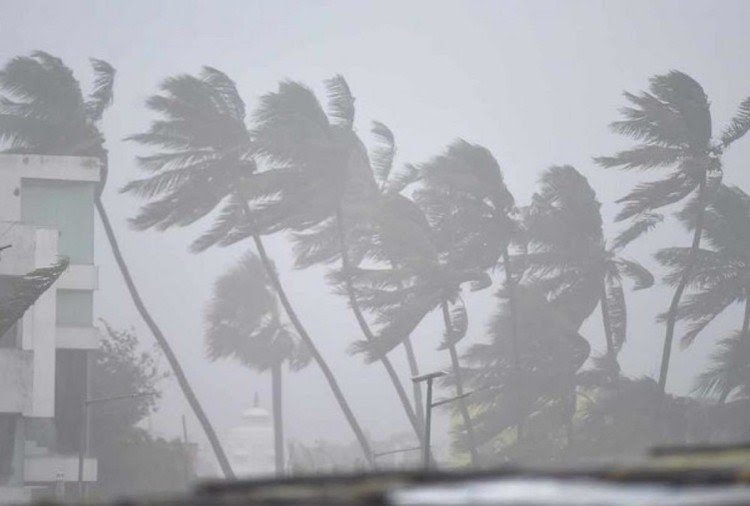 Cyclone Asani: Mayor Firhad Hakim said on Sunday that the Kolkata Municipal Corporation (KMC) has alerted its staff and disaster management teams in view of the formation of Cyclone Asani, which is likely to turn into a severe cyclone. TMC General Secretary Kunal Ghosh said that due to forecast of imminent storm, the 3-day program of CM Mamata Banerjee in West Midnapore and Jhargram has been rescheduled from May 10, 11 and 12 to May 17, 18 and 19.

The mayor said, the leave of all the employees concerned is being canceled to deal with any emergency arising due to the cyclone. He said that there is no possibility of its spread in the city, but in view of the cyclone, there will be heavy rain.

“However, if the cyclone hits the city, we are preparing to deal with any situation so that life can return to normal at the earliest,” Hakim told reporters here.

He said that taking lessons from the devastating effects of Cyclone Amphan in May 2020, the municipal administration took all measures like keeping cranes, electric saws and bulldozers (earthmover) alert to clear the blockages caused by fallen trees and other debris.

He said, ‘We did not understand what exactly the effect of Amfan can be, but learning from our experience, we are making all the preparations.’

Significantly, hundreds of trees were uprooted in the city due to Amfan. Roadways were blocked in some areas and power supply was snapped in the city for a few days. Hakim told that during the movement of ‘Asani’, the city’s municipal administration will keep a control room operational. The Meteorological Department has predicted that Asani, located in the southeast of the Bay of Bengal, is likely to intensify into a severe cyclone when it moves north-west.

The Meteorological Department has predicted that Asani will turn north-east and move north-west Bay of Bengal off Odisha coast on Tuesday, while reaching west-central and adjoining north-west Bay of Bengal off north Andhra-Odisha coasts. There is a lot of potential to move forward. After this, the severe cyclonic storm is likely to intensify into a cyclonic storm on Wednesday and intensify into a deep depression by Thursday.