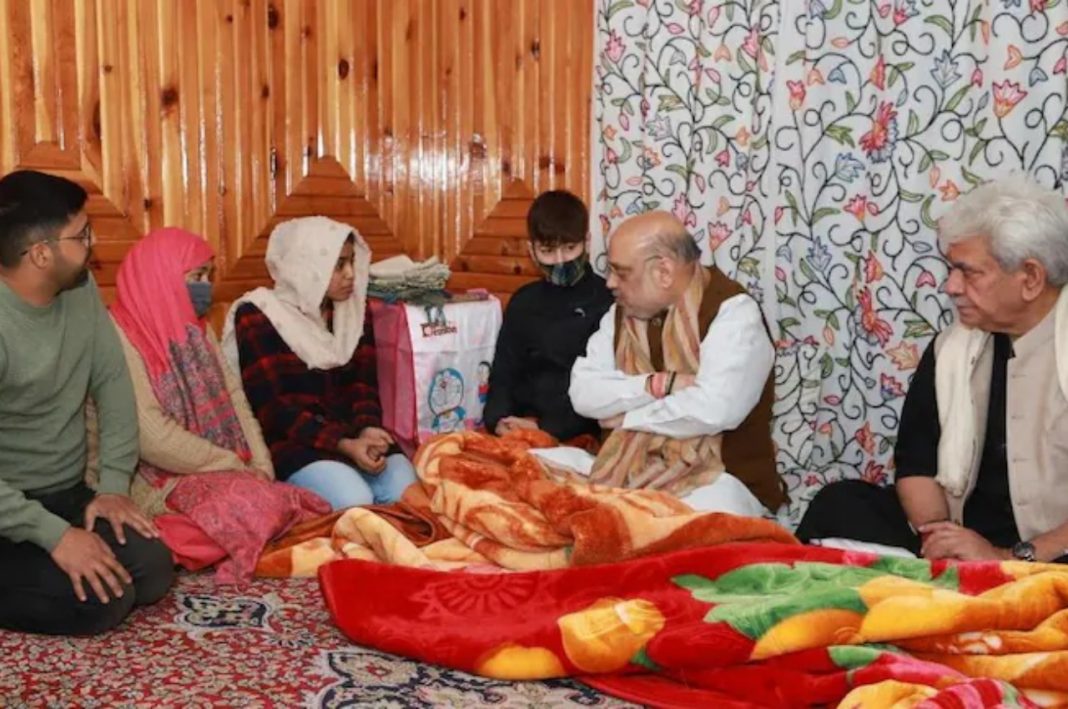 Union Home Minister Amit Shah on Saturday visited the family of police inspector who was shot dead by terrorists in June. The Union Minister is currently on a three-day visit to Jammu and Kashmir.

For the unversed, Parvaiz Ahmad Dar was shot by two terrorists. He had later succumbed to his injuries at a local hospital. The police officer is survived by his wife, a 13-year-old daughter, and a 10-year-old son.

During his visit, Shah assured the family members of Parvez Dar and said that the nation will always remember his supreme sacrifice.

Amit Shah is scheduled to chair a high-level security review meeting later in the day.

He will also inaugurate the first international flight between Srinagar and Sharjah in the UAE via video conferencing. The announcement regarding the launch of the direct Srinagar-Sharjah flight had been made by Union civil aviation minister Jyotiraditya Scindia during his trip to Kashmir last month.

For his Jammu and Kashmir visit, massive security arrangements have been made. snipers and additional companies of CRPF and BSF have been called to Srinagar.

Bunkers manned by CRPF forces have come up in several areas of the city as well in other parts of the Kashmir valley.