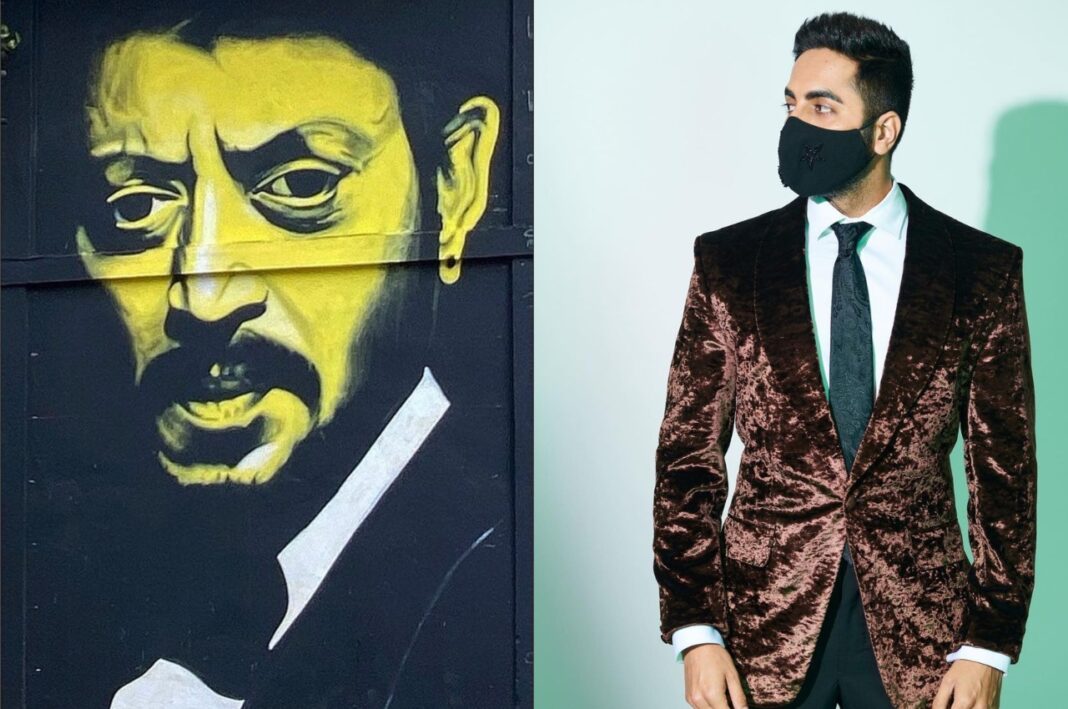 Bollywood actor Ayushmann Khurrana on Saturday met the late actor Irrfan’s son Babil at the 66th Filmfare Awards. After the meet, the actor has now penned a heartwarming note for the actor who posthumously honoured with the Lifetime Achievement Award in a Leading Role for this last release, Angrezi Medium.

Sharing a pic of Irrfan’s mural, Ayushmann wrote, “This is somewhere in Bandra. But he is somewhere resting in peace. Celebrating his double win. Forever Irfan! Best Actor (male) and the lifetime achievement award!

I had the honour of presenting this @filmfare award to @babil.i.k. Met this beautiful boy for the first time. Would see him do well in future. We artistes are a unique species. We have our vulnerabilities and imaginations and theories. We rely on observations and experiences. We live and die a thousand deaths on the celluloid or on stage. But the power of those performances makes us immortal.”

He also penned down a poem in Hindi in the memory of the late actor. Babil took to the comment section of the post and wrote, “I love you my brother.”

Babil also took to his Instagram stories to share some glimpses of the ceremony. He had donned a long blue jacket and loose pants for the event paired with white sneakers. He also shared a pic of himself posing with Pataal Lok fame Jaideep Ahlawat.

The 66th Filmfare Awards were held in Mumbai on Saturday night.