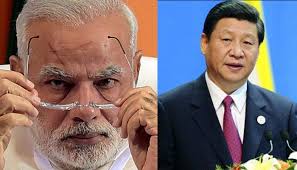 The Chinese government’s mouthpiece, Global Times, has once again given a warning to India and said that India should stay a little bit away from Taiwan. In the meantime, they also showed military exercises and weapons on their Twitter handle. However, India’s Home Minister Amit Shah said that it does not matter to us.

Many countries of the world are troubled by the immoral activities of China. Formal negotiations on trade deals may begin in India and Taiwan. Taiwan has wanted to negotiate a trade deal with India for many years, although the Indian government maintains a distance from it.

Now China has been stunned by the possibility of negotiating a future trade deal between India and Taiwan. China’s foreign ministry has already threatened India. Fouled China said that there is only one China in the world and Taiwan is an integral part of China.

Against any deal with Taiwan –
On behalf of the Chinese Foreign Ministry states that China strongly opposes the official exchange of any country with the island of Taiwan. Especially countries that have diplomatic relations with China. China’s Foreign Ministry said that we will consider the issues related to it judiciously and appropriately.