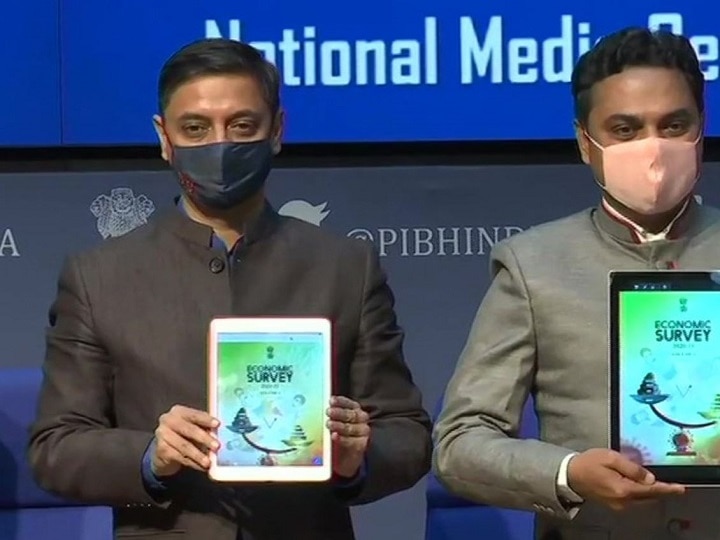 Economic survey was presented in both houses of parliament. After this Chief Economic Advisor Krishnamurthy Subramanian (Chief Economic Adviser) launched the Economic Survey 2021. He said that India’s economy will come back with a strong boom in the coming years.
Subramanian said that GDP could remain -7.5 percent in FY 2021. But in FY 2022, it can be 11 percent. As a nominal it can be 15.4 percent. At worst, if India gets real growth rate from 2022 to 2029, then India will move ahead at a fast pace. The government has spent more on the basic sector. The growth rate has been around 8 percent from 2004 to 2009. Government spending will increase further.

The IMF report states that India’s real GDP growth rate could be 11.5% in FY 2021-22 and the Indian economy will see a growth of 6.8% in 2022-23. The IMF said that India will be the fastest growing economy in the world in the next two years.

Earlier in India, GDP contraction was the highest at 5.2 per cent in 1979-80. The agriculture sector continues to grow, while the service, manufacturing and construction sectors were the worst hit due to the lockdown imposed to prevent the Covid-19 epidemic. The survey further stated that the corona virus epidemic has severely affected economic activity in the country since March 2020. Millions of people have lost their jobs.

The general budget is going to be presented on 1 February. Before this budget, the enthusiasm of the stock market has cooled down. Investors have lost more than Rs 11 lakh crore within about 10 days.

While the CEA said that the economy has benefited due to low interest rates and it is helpful in accelerating the pace of economic development. If the interest rate is higher than the growth rate, then the debt is more than the GDP. If the economy is good then the private sector performs better. But if the state of the economy is not there, the government has to come forward.

This year’s economic survey is dedicated to the corona warriors of the country. The cover of the survey has a picture of doctors, nurses and other health workers. The CEA said that the Indian economy is moving towards We Shape recovery. The Economic Survey App has also been launched. This year’s Economic Survey has been presented as an e-book.