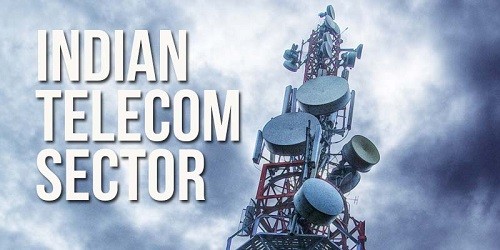 Union Minister Anurag Singh Thakur said that the PLI scheme has been approved for the auto sector. A provision of 26058 crores has been made for the auto industry, auto component, drone industry by taking PLI scheme by the government. This will give a boost to the advanced automobile sector. 7 lakh 7 thousand people will get employment. Apart from this, foreign investment will increase.

The auto sector has a significant contribution to the GDP. The target is to increase the share of the auto sector in GDP to 12 percent, which is currently 7.1 percent.

That is why the PLI scheme has been introduced for the local market. This will make India a global player. We can manufacture the components that come from abroad only in India. PLI scheme will help in reducing imports.

He told that the selected companies will have to invest for 5 years. The investment limit varies. This incentive will be available for five years.

All the forms are in warehouses, they will be digitized. All the papers that had to be given while taking the SIM were in the warehouse. They will be digitised. KYC will now be completely online. The process of setting up the tower used to take approval of many departments. Now self approval will work. Now approval will be available from only one portal DOT. The license raj has been abolished from today.

Anurag Thakur said that the package has been announced to give relief to the telecom companies. Investment in the telecom sector can now be done through 100% automatic route. Spectrum sharing has been fully allowed so that there is no restriction in telecom sharing.

As many dues are there in the telecom sector, as many companies are dues. Moratorium for 4 years has been approved for them. Dues will have to be paid on the moratorium amount. The MCLR rate is + 2 percent. Whatever exposure was related to the telecom sector in the balance seat of banks, it will be reduced.

After this news, there has been a sharp jump in telecom stocks. In today’s session, Bharti Airtel has made its high showing a record pace. The share of Bharti Airtel has touched the level of Rs 732.80 per share till the writing of the news on this day.

In the last five days also, the share of Bharti Airtel has shown a rise of more than Rs 45. Here, the biggest impact of the news of the relief package in the telecom sector is being seen in the stock of Vodafone-Idea.

Around one o’clock in the course of trading in the stock market, the share of Voda reached the highest level of 9 rupees 30 paise. At the same time, Vodafone Idea’s stock has gained 50.42 percent in the last one month.

In the case of drones, India is standing on an equal footing today. Today the turnover is 80 crores but the relief is 120 crores. Drones are the new field. There will be startups and MSMEs in this. Whatever Indian startups are, they will have an annual turnover of Rs 2 crore for drones and Rs 0.5 crore for components. These companies will get incentives on this. For works related to drones and its components, the government has introduced a PLI that is incentive scheme of Rs 120 crore.