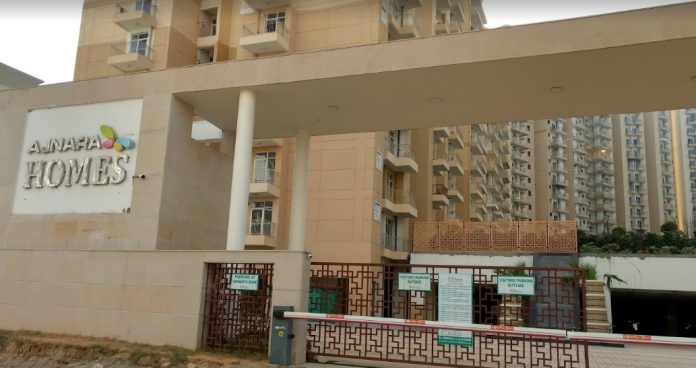 The process of declaring Ajnara builder insolvent has started. The National Company Law Tribunal (NCLT) on Tuesday appointed insolvency resolution professional after 18 months of hearing. Now the builder will not be able to do any work without the permission of this professional. Pramod Gupta Ajnara of Ajnara Group said, he will appeal in NCLT.

113 buyers, including Manish Kumar Gupta, who had booked for the Ajnara Ambosia project in Sector 118, had filed suit in NCLT. This decision has come after the hearing on this. These buyers deposited 50 crore 47 lakh 48 thousand rupees to Ajnara India Limited between the year 2012 to 2019.

He was supposed to get possession of his flat in three years, but it did not happen. After that he went to NCLT. Victims Manish Gupta, Ravi Prakash and Manoj told that NCLT has taken major action against the builder.

It is a victory of the struggle: Gupta said that IRP Amarpal has been appointed while initiating the process of declaring Ajnara India Limited insolvent. This has given hope to everyone to get their own house. Gupta said that this decision is the victory of everyone’s struggle.