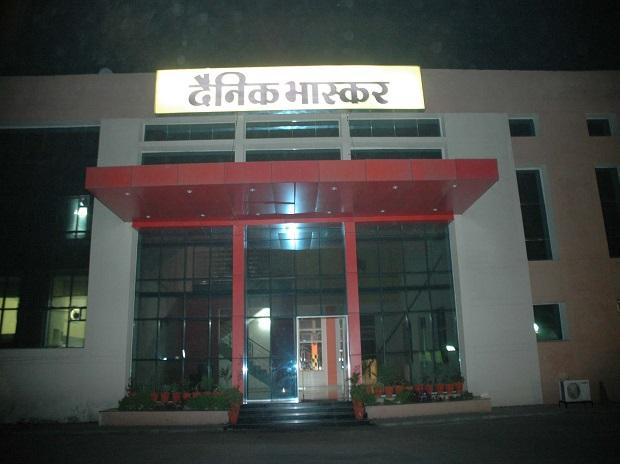 The Income Tax Department on Thursday raided the premises of the media group Dainik Bhaskar in different cities. These raids were done in connection with the alleged tax evasion.

Official sources said that these raids have been taken at some other places of the country including Bhopal, Jaipur and Ahmedabad.

There has been no official statement from the Central Board of Direct Taxes (CBDT) in this matter, but official sources said, the promoters of major Hindi media conglomerates were also involved in the raids, which operate in several states.

On IT raid on Bhaskar Group, Union Minister Anurag Thakur said, “The agency is doing its job, the government has no role in it. Secondly, people should first check all the information, only then they should say something.” “

Congress leader and former Madhya Pradesh Chief Minister Digvijay Singh has said on Twitter that tax officials are “present” in half a dozen premises of the group, including the office at the Press Complex in state capital Bhopal.

RJD’s Rajya Sabha MP Manoj Jha has also reacted on this issue. He has said that there is a possibility of raids on the other media.

Bollywood’s famous lyricist Javed Akhtar has also tweeted about this. Javed Akhtar’s tweets are being widely read on social media.

Javed Akhtar Tweet wrote in a tweet on Income Tax raids on Dainik Bhaskar’s offices, ‘Dainik Bhaskar has the highest circulation in India and is at number three in the world. It is known for its objective reporting and has not sided with any government, be it Congress or BJP. It is no surprise that IT is raiding their offices.

CM Ashok Gehlot said about the I-T action against the newspaper company, called it an attempt to suppress the press. Gehlot tweeted that the government’s inability to tolerate any criticism proves BJP’s “fascist mentality.”