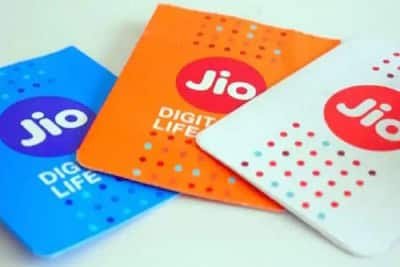 Just a few days ago, Airtel and Vi (Vodafone Idea) had announced to make their tariff plans expensive. In such a situation, after increasing the tariff of both the companies, it was believed that Jio can reduce its prices or maintain it but it did not happen. Now Jio has also announced an increase in its prepaid tariff plan. There has been an increase of about 20% in Jio prepaid plans. Reliance Jio has introduced new prepaid tariff plans (Reliance Jio New Tariff Plan Price). The prices of which are given below.

Reliance Jio Infocomm (Jio) has increased its tariff by 20 to 21%. However, Jio’s prices are lower than rivals Bharti Airtel and Vodafone Idea (Vi). Mukesh Ambani-led Jio said in a statement on Sunday, “In line with its commitment to further strengthen a sustainable telecom industry where every Indian is empowered with a true digital life, Jio today announced its new unlimited plans. These plans will provide the best value in the industry. In keeping with Jio’s promise of providing the best quality service at the lowest cost globally, Jio customers will continue to be the biggest beneficiary.”