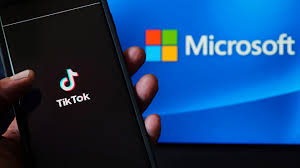 Microsoft is about to buy TikTok’s international operations includes the app’s presence in every Five Eyes nation other than the UK, it has emerged.

Now the talk, which have the support of Donald Trump, do not cover the UK – the only other member of the Five Eyes intelligence alliance.

Bytedance, which currently owns all of TikTok’s international operations, is reportedly planning to set up the HQ in London.

Alan Woodward, a professor of cyber security at the University of Surrey, described the UK’s omission from the Microsoft deal, set against plans to relocate the headquarters to London, as “awfully coincidental”.

“I don’t believe in coincidences like that, but the big question then is what happens to the servers,” he told NS Tech. “At the moment the servers for international users are based in Singapore and the US. Does it mean that the UK users get their servers here?”

Talks with Microsoft commenced as the Trump administration threatened to ban TikTok amid concerns that Chinese security legislation could force the company to hand over user data to Beijing. TikTok has said it has never been asked to and that it would challenge any requests.

Microsoft said in its statement that it “will move quickly to pursue discussions with TikTok’s parent company, ByteDance, in a matter of weeks, and in any event completing these discussions no later than September 15, 2020. During this process, Microsoft looks forward to continuing dialogue with the United States Government, including with the President. This new structure would build on the experience TikTok users currently love, while adding world-class security, privacy, and digital safety protections. The operating model for the service would be built to ensure transparency to users as well as appropriate security oversight by governments in these countries.”

“ByteDance is committed to being a global company. In light of the current situation, ByteDance has been evaluating the possibility of establishing TikTok’s headquarters outside of the US, to better serve our global users”, a TikTok spokesperson said.