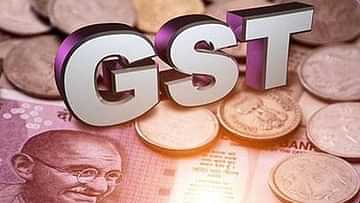 A big news is coming out regarding GST. According to the report of CNBC Awaaz, the government is considering keeping only three tax slabs instead of four. At present, there are four slabs of Goods and Services Tax – 5 per cent, 12 per cent, 18 per cent and 28 per cent.

The government wants to make a single slab by combining the slabs of 12 and 18 percent. An important meeting of the Group of Ministers can be held on November 27 regarding this. The new tax rate could be 15 or 16 percent. According to the report, if the government keeps the tax rate of 15 percent, then there will be no impact on the revenue. However, the total GST rate has come down to 11.6 per cent, due to which the government’s earnings will be affected. To meet this shortfall, the tax slab of 16 per cent is more likely.

Talking about the 12 and 18 percent tax slabs, about 60 percent of the services and goods that come in the basket of GST come under this tax rate. The next meeting of the GST Council is proposed in December 2021. It is believed that this proposal can be approved in that meeting. Apart from this, the government is also considering bringing some more products under the purview of GST.

The Goods and Services Tax was implemented across the country on 1 July 2017. Its five years are going to be completed in July next year. Before that this tax system can be revamped. When GST was implemented, the central government had said that it would compensate for the loss in revenue for the next five years. Its deadline is coming to an end next year.

At present, compensation is issued by the government to the states and union territories in lieu of loss in revenue. It is issued every two months. The states say that if the new model is not considered, then who will compensate for their loss after July 2022.