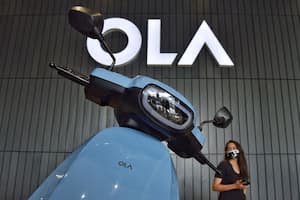 Following rumors that the ride-sharing startup Ola will fire 500 workers, the company announced on Monday that 200 workers would be let go as part of Restructuring exercises.

According to Reuters, Ola said that 200 employees from its whole engineering workforce would be eliminated to reduce redundancies as part of the company’s restructuring exercise.

10% of the 2,000 engineers employed by the organization, according to the statement, have been asked to leave.

The news of roughly 500 employees being let go from ANI Technologies’ multiple software divisions, which run Ola Cabs, was first reported by CNBC.

“The company currently has around 2,000 engineers and aims to increase its engineering talent pool to 5,000 over the next 18 months,” said the ride-hailing company. There are around 1,100 employees in its core ride-hailing business.

Employees in the company’s product, marketing, sales, supply, technology, business, and operations sectors were previously impacted by restructuring initiatives. Nearly 500 workers who “were a result of a reorganization in the Cars and Dash businesses” were impacted by the exercise.

To concentrate on the electric two-wheeler and automotive verticals, the company also closed Ola Cars, a used car company, and Ola Dash, a quick-commerce company.