Opportunity to buy cheap gold from November 29, know how much money will have to be paid 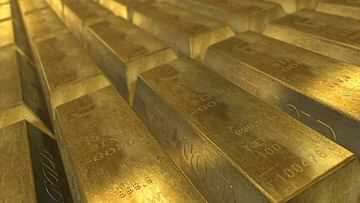 Sovereign Gold Bond Scheme: The government has announced the opening dates for the Sovereign Gold Bonds 2021-22 (Series VIII) subscription. The series will be open for subscription for five days during the period from November 29 to December 3. The Reserve Bank of India (RBI) will issue the bonds on behalf of the Government of India.

The tenure of gold bonds will be of eight years. With this, exit option will be available after the fifth year, which can be exercised on the next interest payment date. Investors will get interest at a fixed rate of 2.50 per cent per annum, which will be paid twice a year.

In this, a person can invest at least one gram of gold. With this Hindu Undivided Family or HUF 4 kg and Trust and similar entity can invest 20 kg every financial year from April to March.

The Sovereign Gold Bond Scheme was launched in November 2015. The objective was to reduce the demand for physical gold and to channelize the portion of household savings used to buy gold into financial savings.

On MCX, December Gold futures traded higher at Rs 47,728 per 10 grams. Despite today’s rise, gold has seen a fall of Rs 1,000 per 10 grams from this month’s high. The reason behind this is fear about an earlier change in US monetary policy, which may have an impact on the precious metal.

Petrol and Diesel price on January 16