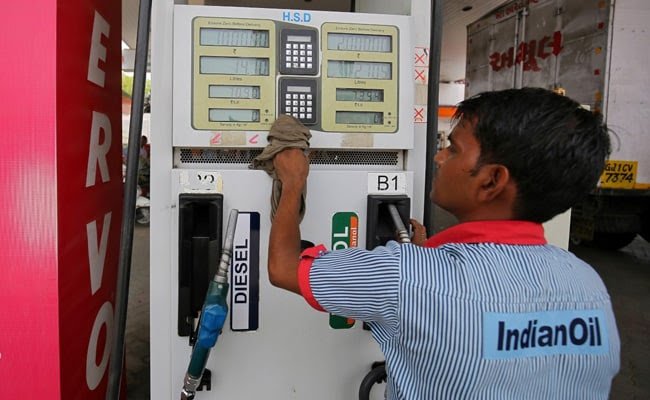 Petrol and diesel prices were today hiked by 80 paise a litre each, taking the total increase in rates in the last ten days to Rs 6.40 per litre.

Petrol in Delhi will now cost Rs 101.81 per litre as against 101.01 per litre previously while diesel rates have gone up from 92.27 per litre to 93.07 per litre today, price notification of state fuel retailers showed.

In Mumbai, the petrol and diesel prices per litre reached Rs 116.72 and Rs 100.94 respectively after prices were increased by 84 paise.