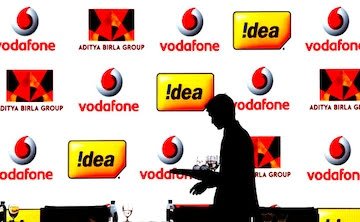 The Rajasthan government’s IT Department has asked that Vodafone Idea Ltd. to pay Rs 27,53,183 to a customer who lost Rs 68.5 lakh after the telecom provider gave a duplicate SIM to another guy without properly verifing documents.

The company has been given a month’s time to make the payment, according to the September 6 order issued by Alok Gupta, adjudicating officer and principal secretary, IT Department.

“Vodafone Idea Ltd. is directed to deposit Rs 27,53,183 in the bank account of the applicant within one month otherwise compound interest with a rate of 10 per cent annually will be levied,” the order stated.

According to the order, Mr Nain’s SIM card stopped working on May 25, 2017 and he contacted a Vodafone store in Hanumangarh. A new SIM card was issued to him the next day.

Though he got a new number, it remained inactivated despite repeated complaints. In Jaipur, he went to one of the company’s stores and again submitted a complaint for SIM activation, which happened the next day.

Meanwhile, a duplicate SIM for Nain’s number was issued to Bhanu Pratap in Alwar. When Mr Nain’s SIM was activated, he came to know through text messages that Rs 68.5 lakh had been withdrawn from his bank account using an OTP sent on his number.

Not only was the duplicate SIM card issued without proper verification of personal data, the delay in activation of the new SIM card and the transfer of money from the account during the period raised serious questions.