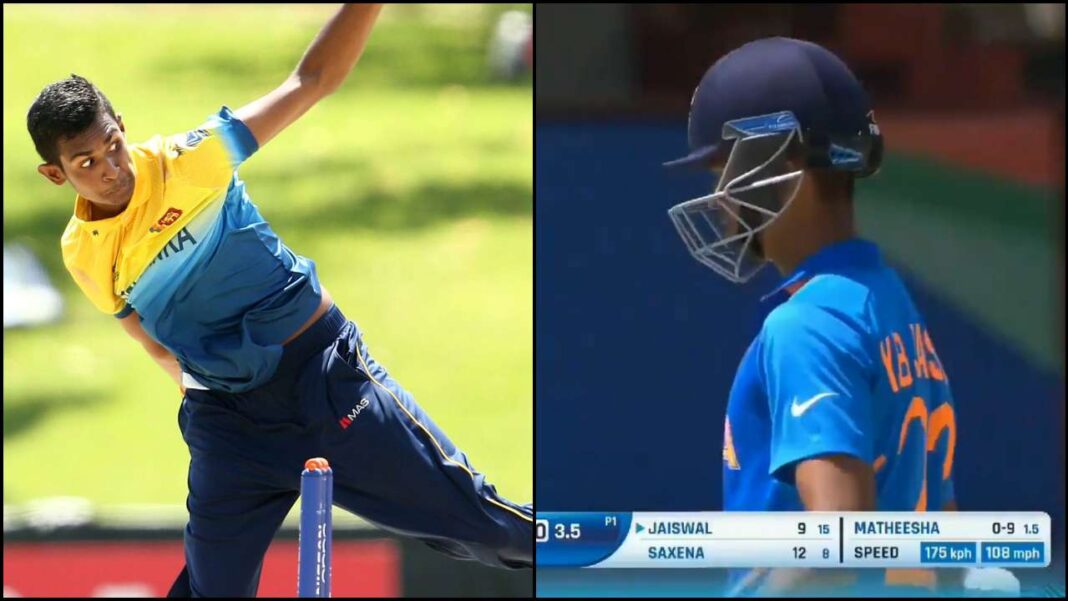 The 14th season of the Indian Premier League is going to start from 9 April. Chennai Super Kings are eyeing a comeback after a disappointing performance last season. Chennai Super Kings have included two Sri Lankan bowlers Maheesh Theekshana and Matheesha Pathirana among their reserve players.

Both  Maheesh Theekshana and Matheesha Pathiranaa are associated with CSK camp running in Chennai. Maheesh Theekshana is a 20-year off-break bowler, while 18-year-old Matheesha is getting headlines due to bowling action like Malinga. Mathis is also being seen as the next Malinga of Sri Lanka.

In the Under 19 World Cup, a ball from Matheesha of Sri Lanka was recorded with a speed of 172 km per hour. This ball was considered to be the fastest ball in cricket but due to some technical glitches, his bowling speeds can never be kept on record.

This is the first time that no Sri Lankan player is included in any IPL team. If a Chennai Super Kings player gets injured in IPL 14 or someone withdraws his name, then either of these two players can be included in the team.