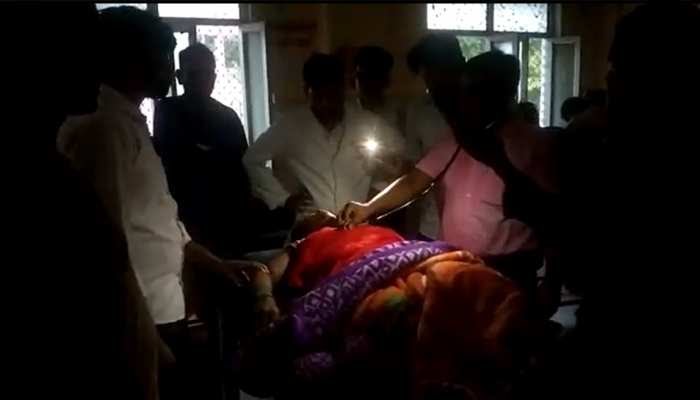 A shocking case has come to light in Uttar Pradesh. Due to sudden power cut in a hospital in Ballia district, patients had to face a lot of problems. Not only this, a picture surprised people. Doctors and nurses were seen using mobile torches to treat patients when the lights went off. The doctors kept examining the patients under the light of the mobile flashlight, the video of which is going viral on social media. The hospital in Ballia district faced power outages following heavy rains and according to reports, patients were treated under mobile torchlight for over an hour.

In the video that has gone viral on the internet, you can see people around a woman lying on a stretcher, while a man is holding a mobile phone to shine a light. During this, a doctor present is examining the patient. Dr RD Ram, Orthopedic Surgeon and head in-charge at the district hospital, said, “The disturbance lasted for 15-20 minutes due to non-availability of battery for the generator.”

Doctor RD Ram claimed that the hospital has a generator for backup but it took time to get the battery. However, people wondered why the battery is removed from the generator. When asked why the generator is without battery, the doctor gave a strange answer. He said, ‘The fear of battery theft is always there. That’s why they are removed.’

There is no comment from the state government on this incident so far.