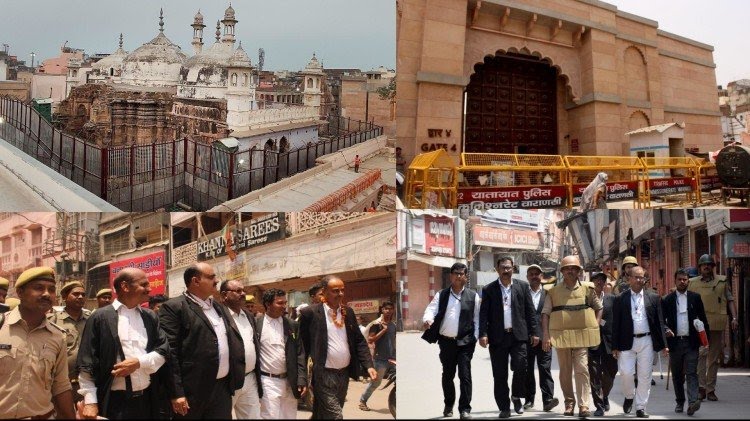 Whether the Gyanvapi Shringar Gauri case is maintainable or not, it will be decided in the court of Varanasi District Judge Dr. Ajay Krishna Vishwesh Today. In the hearing that lasted for more than three months, both the sides have given their arguments. Several evidences were presented on behalf of the Hindu side to make the matter maintainable. On the other hand, the Muslim side has submitted evidence to the court to get this case dismissed. During the debate in this matter, the orders of the Mughal invader Aurangzeb have been cited.

After the survey conducted by the court of Civil Judge Senior Division in the Gyanvapi campus, Anjuman Prajataniya Masajid Committee went to the Supreme Court. After this, the Supreme Court ordered the District Judge’s court to hear under Order 7 Rule 10. In this case, the court was hearing whether the Special Place of Worship Act was applicable in the Gyanvapi Shringar Gauri case at the time of independence.

Hindu side’s advocate Subhash Nandan Chaturvedi said that the order will come in its favor, there is no doubt about it. Because all the evidence is in our favor. Court will accept that this case is maintainable. Significantly, more than half a dozen cases are pending in different courts regarding Kashi Vishwanath Temple and Gyanvapi Masjid.

Advocate Mumtaz Ahmed, appearing for Anjuman Inaztiya Masajid, said that whatever order comes, it will be accepted. Only the order of the court will be considered, after that the process will be done.

In the court of the District Judge, advocates of the Supreme Court, Advocate Harishankar Jain and Vishnu Jain, represented the four women litigants. In this, he termed the Gazette of 26 February 1944 as fake and argued that this Dhaurahara point was for the Madhav temple. Badshah Alamgir built a mosque by destroying a Hindu temple.

On 18 August 2021, five women had filed a petition for regular darshan-worship of Shringar Gauri and protection of Deities. On this, the then Civil Judge Senior Division Ravi Kumar Diwakar appointed the Court Commissioner and ordered a survey of Gyanvapi. After the survey proceedings on 16 May 2022, on the order of the Supreme Court, hearing in this matter is going on in the District Court from 23 May 2022.