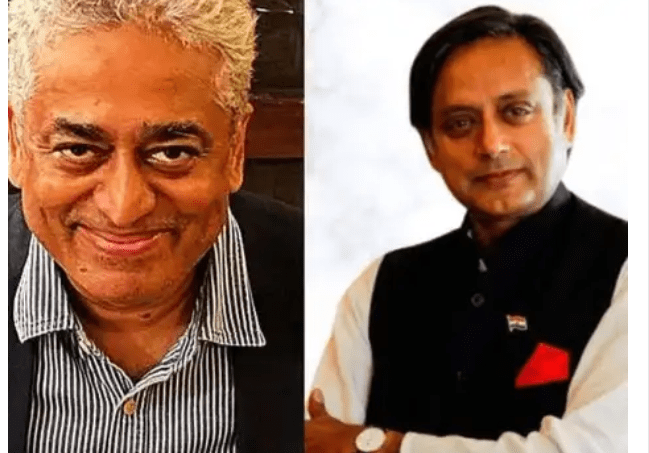 In a fresh development the Uttar Pradesh police has lodged an FIR against journalist Rajdeep Sardesai, Member of Parliament Shashi Tharoor, journalist Zafar Agha, journalist Mrinal Pande and 4 others at Gautam Buddh Nagar.

The accused have been booked for offences under sections 153(A), 153(B), 295(A), 298 IPC and other relevant provisions for allegedly spreading misinformation.

Senior anchor and Consulting Editor of India Today Rajdeep Sardesai has also been taken off the air for two weeks for claiming that a farmer’s death during the January 26 Tractor rally held in Delhi was due to police firing, BestMediaInfo reported. The channel has also deducted a month’s salary from him.

. Rajdeep Sardesai had tweeted the fake news on Twitter, and later had repeated the same on India Today, claiming that bullet injury was seen on the head of the deceased.

Shashi Tharoor and others named in the FIR had also circulated the fake news, which had instigated the protestors to indulge in violence.

The Caravan had also spread the fake news, claiming that “An eyewitness told The Caravan that he saw the police firing from behind the grills of the Andhra Education Society.” They had also reported that eyewitnesses said they saw police personnel fleeing from the spot after Navneet was shot.

While most others had subsequently deleted their social media posts after it was emerged that the farmer had died after tractor had overturned while he was attempting a stunt, the tweets of Caravan still remain.

The FIR says that the accused persons are responsible for the riots on 26th January, as it was instigated by their digital media posts. It says that despite the large scale attack on the police causing injuries to hundreds of policemen, the accused persons circulated fake news in a coordinated and well-planned manner that police have shot a person dead. ‘It was done deliberately so that it cases a large-scale riot and communal violence among various communities’, the FIR alleges.

The Noida Police have begun investigation into the matter, according to officials.

On January 26, thousands of protesting farmers had clashed with the police during the tractor rally called by farmer unions to highlight their demand for repeal of the Centre’s three farm laws.

Many of the protesters, driving tractors, reached the Red Fort and entered the monument. Some protesters even hoisted religious flags on its domes and the flagstaff at the ramparts, where the national flag is unfurled by the prime minister on Independence Day.