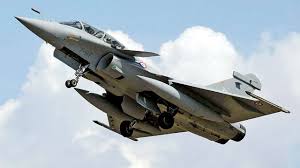 Rafale fighter aircraft first time will fly with the Jaguars to the ‘Vijay’ Formation during this year’s Air Force Day Parade. After this Rafale will fly in ‘Transformer’ formation in association with Sukhoi-30 MKI and Tejas fighter aircraft. The Indian Air Force has given information about this.

The Air Force said that 56 aircraft including 19 combatants and 7 transport aircraft along with 19 helicopters will participate in the air demonstration during the Air Force Day Parade this year. Let me tell you that on October 8, 2020, the Indian Air Force will celebrate its 88th anniversary with full pride.

According to Indian Air Force Chief Air Chief Marshal RKS Bhadauria, ”Rafael has been made part of two formations. The Jaguars will fly with Rafael in the ‘Vijay’ formation. After this, Rafael will show his Jauhar by joining the ‘Transformer’ formation. It will then be accompanied by Su-30 MKI and LCA Tejas fighter aircraft. During the parade, 56 aircraft are joining the Ariel display this time.”

The Air Force Chief said on ongoing tension with China that the Indian Army could move in the border areas so fast that the enemy would not even know it.

Bhadauria said, “The way we deploy in East Ladakh, our operational state shows. Movement and deployment so quickly that our enemy cannot think.”