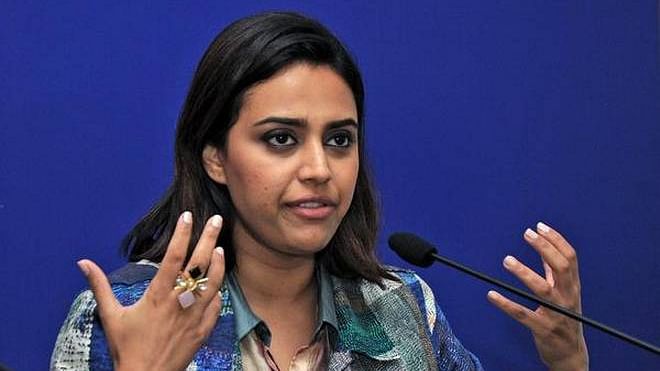 In Ghaziabad, Uttar Pradesh, the controversy about the beating of an elderly man went viral. A police complaint has been filed against actress Swara Bhaskar, Arfa Khanum Sherwani, Twitter India’s Asif Khan and Twitter India chief Manish Maheshwari in connection with the viral video of the elderly beating. This complaint has been registered in Delhi. Advocate Amit Acharya has filed a complaint at Delhi’s Tilak Marg Police Station. As of now, no FIR has been registered on the basis of fresh complaint. However, Delhi Police has started investigation in this matter.

Actually, Swara Bhaskar had shared a video on Twitter, in which it was being said that an elderly man is being forced to speak Vande Mataram. For this reason people cut his beard and beat him up. In this video, there was also talk of raising religion-specific slogans. At the same time, later these things turned out to be false and media reports revealed that there was a dispute regarding the amulet and the people who beat up the elderly were also from the same community. After this Swara Bhaskar got trolled badly on social media.

Even after this, Swara did not stop and wrote in another tweet – ‘RW and Sanghi are constantly vomiting on my timeline. Because the Ghaziabad Police has taken the names of 3 people of the same community. The main accused is Parvesh Gujjar. The person who is seen in the camera is pushing the old man. My god this is a very wrong creation. I am ashamed and you should be too’.

The report also claimed that “despite the clear information available, the above users used the incident to spread communalism and hatred between religions.”

The incident happened on 5 June 2021. By sharing this video, it is being claimed that the elderly are being beaten up for being a Muslim. However, later the police found in their investigation that it was a case of mutual enmity between the two families. An attempt is being made to give a communal angle to this video by making it viral.

BJP MLA Nandkishore Gurjar has lodged a complaint at Loni Border Police Station. He has filed a complaint against Rahul Gandhi, Asaduddin Owaisi and Swara Bhaskar. Regarding Rahul Gandhi, Owaisi and Swara Bhaskar in this case, he said that the video has been shared for the purpose of spoiling the social harmony, due to which action should be taken against the three under NSA.