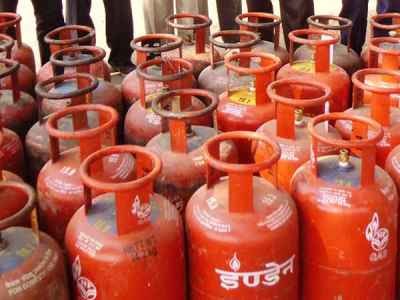 The Goa government has made a big announcement for the people of the state. Taking a big decision in the first meeting of the new cabinet, the Goa government has said that it will give three LPG cylinders free of cost to every family in the state, as promised by the Bharatiya Janata Party (BJP) in its election manifesto. Chief Minister Pramod Sawant made this announcement while presiding over the first meeting of the new cabinet on Monday. Chief Minister and eight other ministers are included in Pramod Sawant’s cabinet.

In a tweet on Monday evening, Chief Minister Pramod Sawant said, ‘Presided over the first meeting after taking oath as Chief Minister. The cabinet has decided to prepare a plan to provide three cylinders free of cost from the new financial year as promised in the BJP manifesto. It was promised that if the party comes to power, then every family of the state will be given three LPG cylinders free of cost every year.

After this, Goa CM Pramod Sawant while talking to reporters said that restarting iron ore mining and employment generation have been his priorities during the current tenure. When his opponents described him as a “contingent chief minister”, Sawant said this time he has been “elected” as the chief minister of the state, he has not been “selected”.

It is worth noting that Pramod Sawant took over as the Chief Minister of the state in 2019 after the death of the then Chief Minister Manohar Parrikar. In the recently concluded assembly elections, the party won 20 seats in the 40-member house. The BJP fought this election under the leadership of Sawant.