Another case of ‘Omicron’ came in India, the person had returned from Zimbabwe 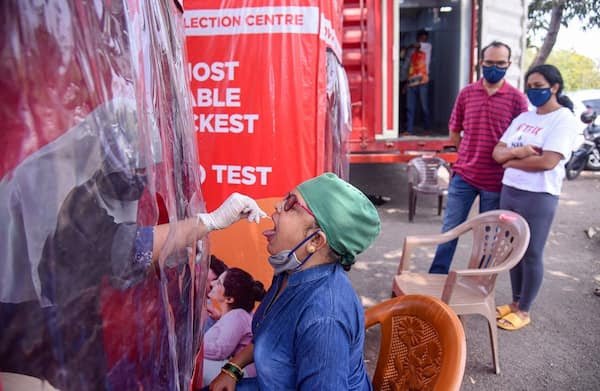 The third case of new Omicron variant infection of corona virus has come to light in India. A man returned from Zimbabwe has been found infected with Omicron in Jamnagar, Gujarat. The Health Department has given this information. According to news agency PTI, after being found corona positive on Thursday, the sample was sent for Genome Sequencing. PTI has told in its report that this has been confirmed by Gujarat Health Commissioner Jai Prakash Shivhare.

Before this, two more cases have been reported in India. This includes a 46-year-old doctor, who had received both doses of the corona vaccine. He also had no travel history and had any symptoms like fever, body ache. The second person is a South African citizen, who came to India with a negative report of Covid-19, but was confirmed to be Covid positive here, which later turned out to be an Omicron variant.

According to ANI, Manoj Aggarwal, Additional Health Secretary in the Ministry of Health and Family Welfare, Gujarat said, “We have kept him in isolation and his health is being monitored continuously. Tracing, testing and tracking are being done. India has accelerated the process of testing and surveillance of all foreign travelers. Especially those coming from the risk category countries are being focused. The Omicron variant was first found in South Africa.