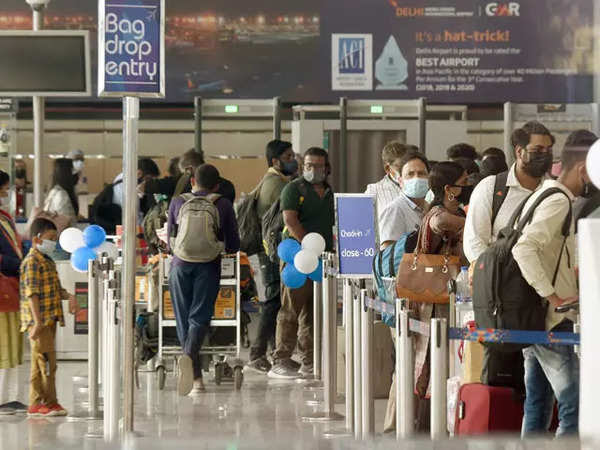 Countries around the world are taking all precautions regarding the danger of the new variant of corona, Omicron Corona and India has also taken steps like making quarantine and RT-PCR test mandatory. Meanwhile, in view of the threat of the third wave of Corona, the Arvind Kejriwal government has made a proposal to the Delhi Disaster Management Authority (DDMA), according to which many strict restrictions will be imposed on people who do not take the Covid vaccine.

According to the news of TOI, under this proposal, from December 15, Delhi Metro services, buses, cinema halls, malls, religious places, restaurants, monuments, public parks, government offices and public places will be banned from those who have not yet received Covid. Haven’t even taken a single dose of the vaccine. Apart from this, from March 31, 2022, the entry of those people who have taken only one dose of corona vaccine by that time will also be banned in all these places.

The proposal suggests giving incentives such as cash rewards or discounts to those who get vaccinated. Such incentive awards were started by European countries and similar programs are being organized in many places in India as well. Like in Europe, a vaccine passport system has been suggested in Delhi to limit access to public places for unvaccinated people.

According to Delhi government sources, it will not be difficult to implement such restrictions because the system of vaccination certificate is already in force in the country and the unqualified Setu app can also be used for this. If the proposal is approved and implemented, people will only have to carry the vaccination certificate and present it when asked for.

In October, authorities in Kerala barred unvaccinated people from entering educational institutions and hostels. However, many people challenged this order in the Kerala High Court. The court, while upholding the order of the Kerala government, said that in circumstances like the corona virus epidemic, public interest should be given priority.