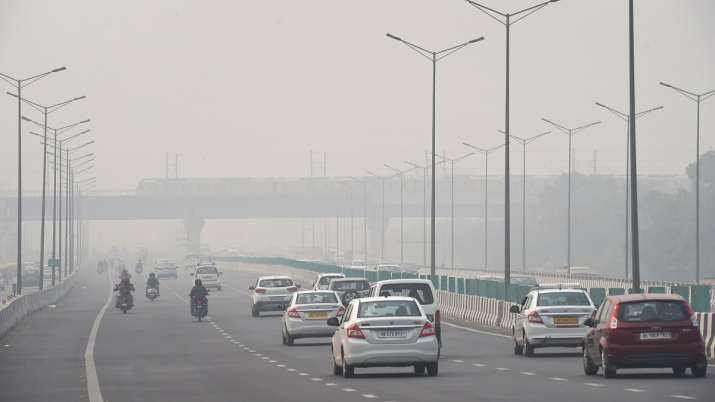 A slight decrease in the level of pollution was recorded on Tuesday due to strong wind in Delhi-NCR. However, on Wednesday also, according to SAFAR-India, the Allover Air Quality Index (AQI) in Delhi is 362 in the ‘very poor’ category. The bad news is that due to the calmness of the air, the level of pollution in the air has been predicted to increase even more between the next two days. According to the Central Pollution Control Board (CPCB), the people of Delhi are yet to get relief from the toxic air filled with pollution.

Pollution levels had come down on Tuesday due to a slight increase in wind speed and Delhi’s average air quality index stood at 328. This level of air is classified as very poor. Earlier on Monday, the index stood at 389 points. That is, within twenty-four hours, there was an improvement of 61 points in it. After several days it happened that there is no such area in Delhi where the air quality index is above the 400 mark that is in the severe category.

The people of the capital Delhi breathed the worst air in the month of November this year. In this entire month, the air was stifling for 11 days. During this, the Air Quality Index remained above the mark of 400, while the average index for the whole month stood at 376. Which is the highest in the last 6 years. The calculation of air pollution and air quality index in Delhi in a more scientific and precise manner has been started from the year 2015. According to this, since the calculation of the level of air pollution in Delhi is being done, since then till now the month of November has proved to be the most polluted.