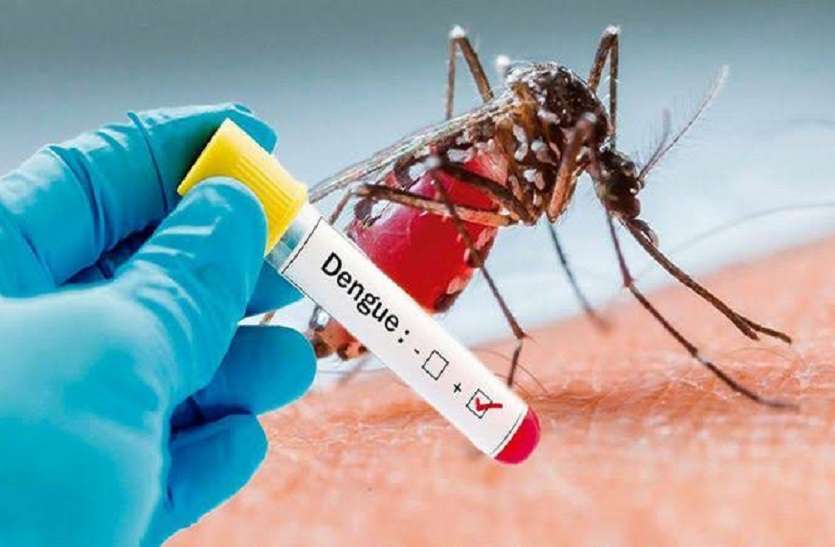 Along with dengue, other viral fevers are also in full swing in the country amid the ongoing struggle with the Corona epidemic. Dengue cases are increasing in Mathura in Uttar Pradesh and Firozabad has recorded 12 deaths due to it on Thursday. Dengue cases have also been reported in Haryana.

Warning in Meerut – There will be a fine if mosquito larvae are found, a case may be registered.

CMO Dr Akhilesh Mohan said on Thursday, 142 dengue cases have been registered in Meerut, out of which 83 are active cases. If mosquito larvae are found in someone’s house for the first time, we will give notice and if found again, we will impose fine and if this happens for the third time also then FIR will be registered.

Haryana CMO Rachna Gupta said on Thursday, ‘Not a single patient’s death has been reported among the positive patients who have been found.

So far 15 patients have died due to fever. At the same time, there are 298 patients of dengue, out of which 250 have gone home after recovering. The Haryana Health Department on Wednesday quoted a survey on the deaths of seven children in Palwal district, saying that the cause of the deaths could not be suspected fever but unhygienic conditions.

Firozabad is in the worst condition due to dengue in Uttar Pradesh. Things are getting dire here. During the 24 hours on Thursday, 12 people, including 10 children and teenagers, died. One of these children died on the way to the hospital. In Braj, 19 patients have died in 24 hours. Including these, the total death toll has gone up to 272. On the other hand, three patients died in Mainpuri, two in Etah and one each in Mathura and Kasganj. Dengue has been confirmed in many patients in these districts. For the first time in Agra, two patients have died due to fever.

Aedes aegypti larva becomes an adult in a cup of water. Dengue is also spread by Aedes aegypti. During pregnancy, the female needs protein, which she gets from human blood. In such a situation, only the female Aedes aegypti bites people, the male does not. It bites during the day and can fly only 50 to 60 meters. This is how the infection spreads when a female Aedes aegypti bites a dengue infected patient, then the dengue virus reaches her body, this virus multiplies. When it bites a healthy person, the virus reaches the person’s body through saliva.