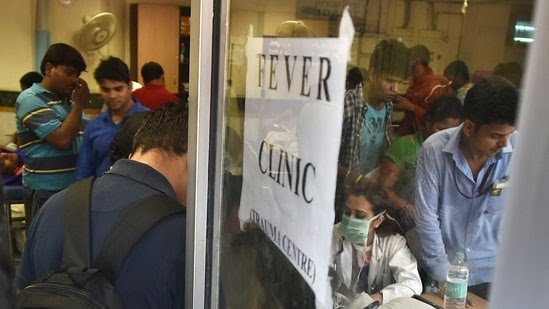 Over 1,000 cases of dengue have been reported in the national capital this year, with more than 280 fresh cases logged in the last one week, according to a civic report released on October 25.

Of the total count of dengue cases recorded in Delhi this season, 665 have been recorded this month till October 23.

The first death due to dengue in Delhi was recorded on October 18. The deceased was identified as Mamta Kashyap, 35, who was a resident of Sarita Vihar in South Delhi.

According to a report by the South Delhi Municipal Corporation, which is the nodal agency for tabulating data on vector-borne diseases in Delhi, a total of 1,072 cases and one death were logged in the entire year in 2020.

Also Read: Lakhimpur Violence: Supreme Court’s question to UP government – ​​There were thousands of farmers in the rally, so why only 23 eyewitnesses?

At Lok Nayak, 400 beds are currently earmarked for Covid-19 and 100 beds for the treatment of fever patients.

“There has been an increase in the number of dengue patients. We are admitting 5-10 patients daily. There are some cases of other viral fevers, and malaria and chikungunya as well. We have set up a fever clinic from where the patients are referred to the 100-bed fever ward. Currently, the ward is half full. If there is a need, the number of beds will be increased,” said a senior doctor from the hospital, on the condition of anonymity.

The Delhi government reduced the number of beds earmarked for Covid-19 in private hospitals from 30% to 10% last week, with the extra beds to be used to treat dengue and other fever patients.