Dry Run to begin across all states from today 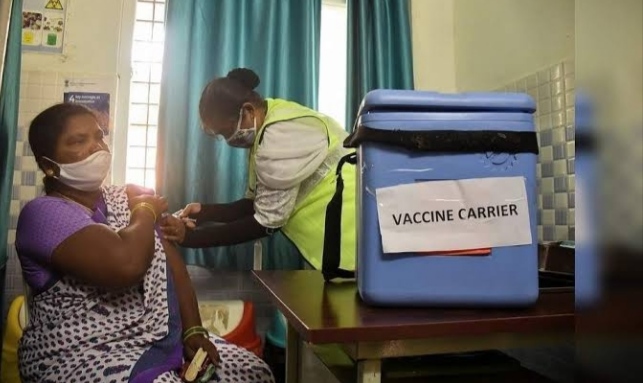 Dry run of the vaccine will be started today after the emergency use of Corona Vaccine has been approved. The actual vaccination campaign will be carried out on the basis of this dry run to be conducted across the country. No vaccine will be used during the dry run. Through this, it will be tested only how effective the plan of vaccination is made by the government.

Union Health Minister, Dr. Harsh Vardhan, himself arrived at GTB Hospital in Delhi at 9:30 am today to take stock of the dry run. He said that the country has experience of vaccination. There are strict rules to follow the guideline in vaccination. The Drug Controller General of India will take a decision on the vaccine soon. Ignore the rumors on the vaccine.

Union Health Minister Dr. Harsh Vardhan himself visited GTB Hospital in Delhi and took stock. He said here that this country has the experience of vaccination and this vaccine is for the safety of the public, do not make any misconceptions about it. Let us know that the dry run of vaccine is being done in three places in Delhi today.

Venkateswara Hospital in Dwarka has been chosen for the dry run in Delhi. While Daryaganj dispensary has been selected in the Central District. At the same time, there will be a dry run in Guru Tegh Bahadur Hospital of Dilshad Garden in Shahdara district.

Till now such a dry run was done in four states of the country, Punjab, Assam, Gujarat and Andhra Pradesh. In these four states, good results regarding dry run were revealed. After this, the government now decided to implement this dry run across the country. For this, the Union Health Ministry has also constituted a special team, which will closely monitor the entire process.