Everything you need to know about Nipah virus 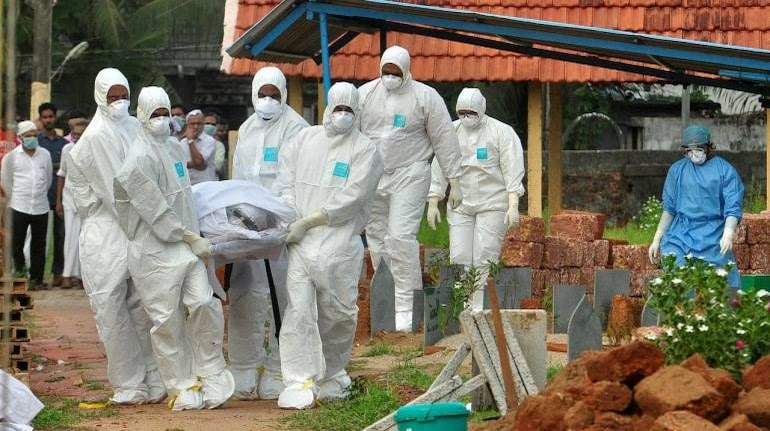 Kerala: On September 5, 2021, a 12-year old boy died after getting infected by Nipah Virus. A Central team visited Kozhikode district and has also collected samples of Rambutan fruits from the nearby vicinity in order to identify the source of the infection.

The local authorities have geared up to check any further spread of the deadly virus in the district and surrounding areas. Pune National Institute of Virology confirmed the presence of Nipah virus.

The Kerala health department has identified 251 persons who have come in contact with the 12-year-old boy, who succumbed to Nipah virus infection.

What is Nipah virus?

The World Health Organization (WHO) had defined Nipah virus (NiV) as a zoonotic virus that is transmitted to people from animals and can also be transmitted through contaminated food or directly from person to person.

The virus can also cause severe disease in animals such as pigs.

How does Nipah virus spread?

Nipah virus has a wider transmission route compared to SARS-CoV-2, the coronavirus that causes Covid-19. It is still not clear whether SARS-CoV-2 is zoonotic or not. But Nipah is a zoonotic virus. This means it can transmit from one species to another — humans to animals, animals to animals, and vice versa.

Host bats contaminate dates and other collected fruit sap through their urine, faeces, or saliva. Humans may get infected with Nipah virus when they eat or drink contaminated food or drink.

According to the US’s Centers for Disease Control and Prevention (CDC), Nipah virus (NiV) can spread to people from:

Some cases of NiV infection have been reported among people who climb trees where bats often roost, according to the CDC.

Symptoms may initially include one or several of the following:

No drugs or vaccine:

Nipah was first identified in 1999, but there are currently no drugs or vaccines for either people or animals that specifically target Nipah virus infection. The primary treatment for humans is supportive care.

To avoid infection, close unprotected physical contact with virus-infected people should be avoided. Regular hand washing after caring for or visiting sick people is recommended.

Nipah is considered less contagious than the coronavirus, but it’s much higher mortality rate, a longer incubation period of up to 45 days, and its ability to infect a much wider variety of animals all make Nipah a cause of significant concern for epidemiologists trying to predict and prevent the next pandemic.