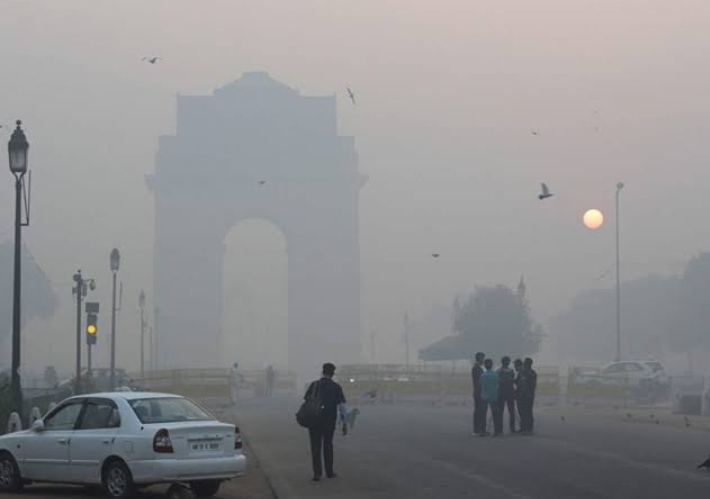 As per the System of Air Quality and Weather Forecasting and Research, Delhi’s air quality turned ‘very poor’ with overall air quality index (AQI) standing at 301.

According to SAFAR estimates updated at 6 am, several areas in the national capital including Delhi University, Mathura Road and Indira Gandhi International Airport (Terminal-3) recorded air quality in the very poor category with an AQI of 310, 315, 325 respectively.

At the same time, according to the Air Quality Bulletin issued by the Central Pollution Control Board, Delhi’s air index was recorded at 293 on Tuesday. It was 243 on Monday. Among the NCR cities, Faridabad recorded an air index of 260, Ghaziabad 324, Greater Noida 213, Gurugram 213 and Noida 278. Except in Ghaziabad, the air was in poor category. The PM2.5 level in Delhi air was recorded at 121 pm, 121 micrograms per cubic meter, while the PM10 level was recorded at 198 micrograms per cubic meter. It should be known that it should not exceed 60 and 100 respectively.

On the other hand, according to SAFAR India, an air quality monitoring organization under the Union Ministry of Earth Sciences, there is no scope for improvement in pollution for the next two-three days. Due to low temperature and freezing in the air, pollutants will not be able to fly. In such a situation, the air index is expected to remain in a very poor category. In such a situation, the elderly, children and sick people need to be cautious.