On July 1, India banned single-use plastic in order to reduce pollution. Keeping an eye on the increase in pollution in the nation and to control its spread, the government has decided to implement a nationwide ban on single-use plastic from July 1, across the country.

Single-plastic items are the ones that are meant for single use only such as polythene bags, sachets, shampoo bottles, disposable glasses, etc., which are used and disposed immediately after single use. It’s seen that the use of single plastic is damaging the earth. In the past five years, numerous nations tried to take a stand on this and have banned plastic use.

The Indian government introduced a list of banned plastic in the nation that includes polystyrene (thermocol) that is used for decoration, candy sticks, earbuds and so on. From July 1 Onwards, not only the use and sales but the production, import and distribution have also been banned.

Meanwhile, all those products that have been banned from July 1, may have had good use but there are also numerous alternatives that are eco-friendly and can be used instead of plastics.

Alternatives shared by the government

Stainless steel straws – Tons of plastic straws get wasted and switching them with stainless steel would be a better option as it is more durable and can serve longer.

Reusable glasses – Tons of used plastic cups get wasted and end up in landfills, harming the environment. Instead of these. one can opt for ceramic as it also has a wide range of cups and lids.

Earbuds – Instead of using earbuds made of plastic, choose an alternative like sticks made of paper as humans use around 410 earbuds yearly on average. Or one can also opt for ear drops. 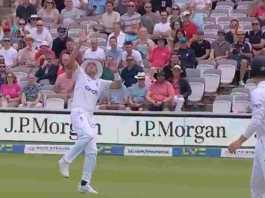 Old notes scheme: You can bring Tata Punch with a 20-rupee... Nothing Phone 1: The company increases the price of its phone...