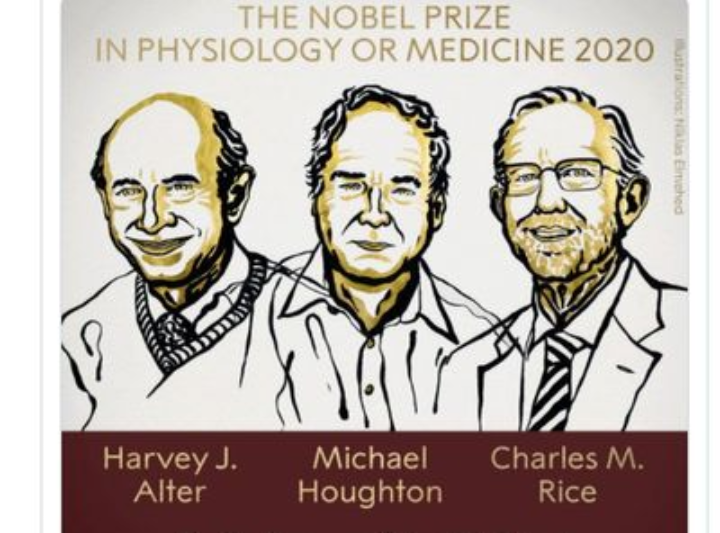 Blood-borne hepatitis is associated with significant morbidity and mortality, causing more than a million deaths per year worldwide

Americans Harvey Alter and Charles Rice together with Briton Michael Houghton won the Nobel Medicine Prize on Monday for the discovery of the Hepatitis C virus, the Nobel jury said.

The head of the Nobel Committee, Thomas Perlmann, announced the winners in Stockholm.

The World Health Organization estimates there are over 70 million cases of hepatitis worldwide and 400,000 deaths each year. The disease is chronic and a major cause of liver inflammation and cancer.

The prize in Medicine will be followed by the announcement of the Physics prize on Tuesday and Chemistry on Wednesday, AFP reported.

The announcements for the Literature and Peace prizes will happen on Thursday and Friday, while the Economics prize will be announced on 12 October, wrapping things up.

Who are these winners

Born in 1935, Harvey J Alter is an American medical researcher who has gained worldwide recognition for his work related to discovering the Hepatitis C virus.

According to the Nobel Committee, the 85-year-old carried out his prize-winning studies at the US National Institutes of Health in Bethesda, where he remains active to date.

Charle Rice was born in 1952 in Sacramento, California. He worked on hepatitis at the Washington University in St. Louis.

Why the discovery of Hepatitis C virus is significant

While the discovery of hepatitis viruses, including hepatitis A and B had been critical steps forward, the majority of blood-borne hepatitis cases remained unexplained.

The identification of the hepatitis C virus was significant as it revealed the cause of the remaining cases of chronic hepatitis.

The discovery of the HCV also led to the development of diagnostic tests such as blood tests and new effective medicines, saving millions of lives.

According to the Nobel Committee, the methodical studies of transfusion-associated hepatitis by Harvey J Alter, at the US National Institutes of Health, demonstrated that an unknown virus was a common cause of chronic hepatitis.

Michael Houghton used an untested strategy to isolate the genome of the new virus that was named the hepatitis C virus.

Charles M Rice, a researcher at Washington University in St Louis, provided the final evidence showing that the hepatitis C virus alone could cause hepatitis.