PM Modi to launch world’s biggest vaccine drive today , and to address nation at 10:30 am 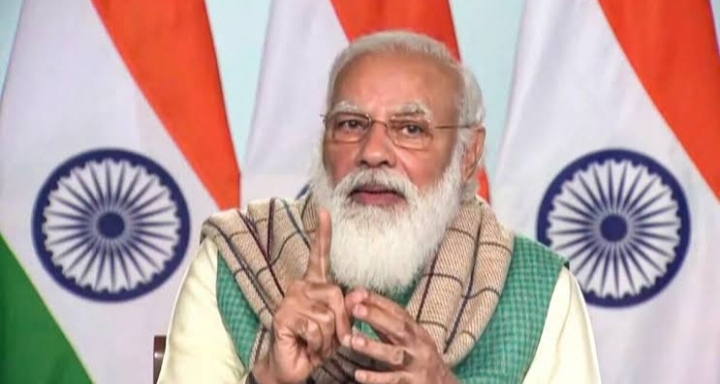 In the fight against Corona virus, India is now going a step further. Corona vaccination campaign will start from today. Two corona vaccines have been approved.

The campaign will be launched by Prime Minister Narendra Modi at 10.30am, followed by his address to the nation.

“This will be the world’s largest vaccination programme covering the entire length and breadth of the country,” PM Modi’s office said in a statement this week.

Initially, the frontline workers will be given Covid vaccine.

In which three lakh health workers of India are to be vaccinated on 16 January.

PM Modi will also launch CO-WIN app required for vaccination of 16 Janakari. Some of the 2,934 vaccination centers have been shortlisted, from where beneficiaries can interact with the Prime Minister. This includes AIIMS and Safdarjung Hospital in New Delhi.

A senior official said that on the first day around three lakh health workers would be given vaccine shots at 2,934 vaccination centers across the country.

Initially, the Corona vaccine will be given to 30 million health workers and frontline workers. After this, about 27 crore persons above 50 years of age and those below 50 years of age with other diseases will be vaccinated.

According to the guidelines of the Ministry of Health, the voter list of Lok Sabha and state assembly elections will be used to identify the age of 50 years.

Initially there was a preparation to give vaccines at 5000 centers but to maintain the system, the number of centers was cut.

Vaccination was to be started at 89 centers in Delhi but now this number has been reduced to 75.

However, the ministry has said that the number of centers will be increased in the coming days.

The Ministry of Health has advised the states to organize their immunization sessions keeping in mind the 10% reserve dose and an average of 100 vaccinations per day.