Support Us
More
More
HomeCURRENT AFFAIRSHere is all you need to know about today’s Bharat Bandh
CURRENT AFFAIRSNATION
September 27, 2021 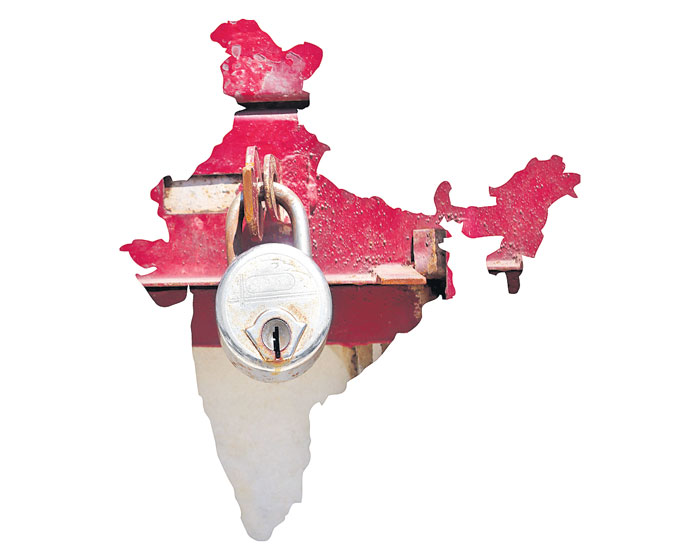 The Samyukt Kisan Morcha (SKM), which represents over 40 farm unions and is leading the farmers’ protest against the Centre’s three farm law, has called for a nationwide strike, or Bharat Bandh, today on September 27.

The Bharath bandh called by agitating farmers will be held from 6 AM to 4 PM.

All the central and state government offices, markets, shops, factories, schools, colleges and other educational institutions is not allowed to function, SKM said in a statement.

All public and private transport is not allowed to ply on roads. No public functions is allowed. The bus services of the Odisha State Road Transport Corporation (OSRTC) will remain suspended from 6 AM to 3 PM today.

All emergency and essential services, including hospitals, medical stores, relief and rescue work and people attending to personal emergencies will be exempted in states where the bandh will not be observed at full force.

Traders, shopkeepers are not part of the bandh, Bhartiya Udyog Vyapaar Mandal has said. Hence, markets are not likely to be closed. However, in states where state governments are supporting the Bharat Bandh called by farmers unions, the impact is likely to be intense.

Bharat Bandh: Who are supporting?

This is the second call for ‘Bharat Bandh’ by the farmers after a nation-wide strike on Decemeber 8, which was observed in Delhi, Haryana, Punjab, Maharashtra, Karnataka, Tamil Nadu and Assam. The previous bandh call found support among several trade unions and political parties, including Congress and NCP.

Thousands of farmers, mainly from Haryana, Punjab and Western Uttar Pradesh, have been protesting since November 26 last year against the three enacted farm laws: Farmers’ Produce Trade and Commerce (Promotion and Facilitation) Act, 2020; the Farmers Empowerment and Protection) Agreement on Price Assurance and farm Services Act 2020 and the Essential Commodities (Amendment) Act, 2020.