How Delimitation In Jammu And Kashmir Will Benefit BJP 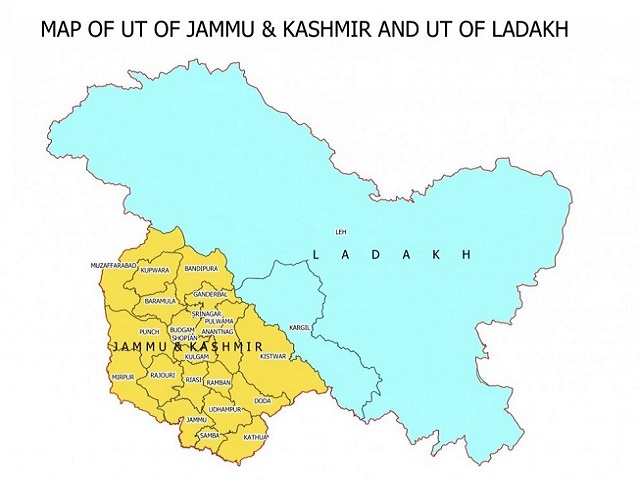 This proposal of the Delimitation Commission has been strongly criticized by PDP President and former Chief Minister Mehbooba Mufti. She tweeted that the census is being ignored. Efforts are being made to pit people against each other by proposing six seats for one area and only one seat for Kashmir.

National Conference vice-president and former chief minister Omar Abdullah has also opposed it. He tweeted that the draft recommendation of the commission is unacceptable. The distribution of new assembly constituencies with six going to Jammu and only one to Kashmir is not fair as per the 2011 census data. He has written that it is very disappointing that the commission has given priority to the political agenda of the BJP in its recommendation over data. It is a political approach contrary to the promise of a scientific approach.

It is being told that after increasing the seven seats in Jammu and Kashmir, the number of assembly seats will increase to 90, which is expected to benefit the Bharatiya Janata Party the most. Whereas it can become a big challenge for parties like PDP and National Conference.

The major reason for this is being told that after the delimitation, the seats that can increase in Jammu, the BJP has been trying to strengthen itself for a few years. In the district development council elections last year, the BJP won six councils in the Jammu region, while the seven-party People’s Alliance for Gupkar Declaration (PAGD) won nine councils. That is, the BJP had won seats on its own in six councils.

Experts say that the increase in seats in the Jammu region is of great importance for the BJP as it has a vote base here. For this reason, in the 2019 Lok Sabha elections, two seats of the Hindu-majority Jammu division, Jammu and Udhampur, went to the BJP’s account. Of the six Lok Sabha seats in the state, the BJP and the PDP won three each. At the same time, from the 2008 assembly elections to the 2019 Lok Sabha elections, the BJP’s influence in the Jammu region is continuously increasing.