India Rejects Reference To Jammu And Kashmir In China-Pak Statement

“The Union Territory of Jammu and Kashmir is an integral and inalienable part of India said, Ministry of External Affairs (MEA) spokesperson 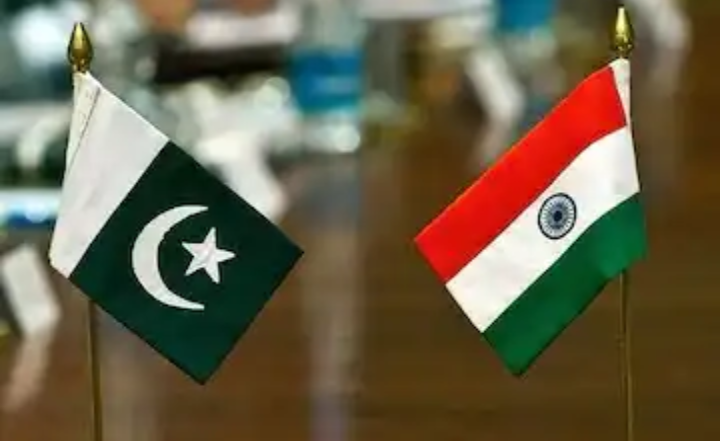 India has rejected the reference to the Union Territory of Jammu & Kashmir in the joint press release of the China-Pakistan Foreign Ministers’ Strategic Dialogue issued on Friday and reiterated its concerns on the projects in the China Pakistan Economic Corridor that fall in Pak-occupied-Kashmir.

“The Union Territory of Jammu and Kashmir is an integral and inalienable part of India and we expect the parties concerned to not to interfere in matters that are internal affairs of India,” Ministry of External Affairs (MEA) spokesperson Anurag Srivastava said.

A joint statement issued after the Wang-Qureshi talks said the Pakistani side briefed the Chinese delegation on the situation in Jammu and Kashmir, including its concerns, position and current urgent issues.

“The Chinese side reiterated that the Kashmir issue is a dispute left over from history between India and Pakistan, which is an objective fact, and that the dispute should be resolved peacefully and properly through the U.N. Charter, relevant Security Council resolutions and bilateral agreements. China opposes any unilateral actions that complicate the situation,” according to the joint statement. 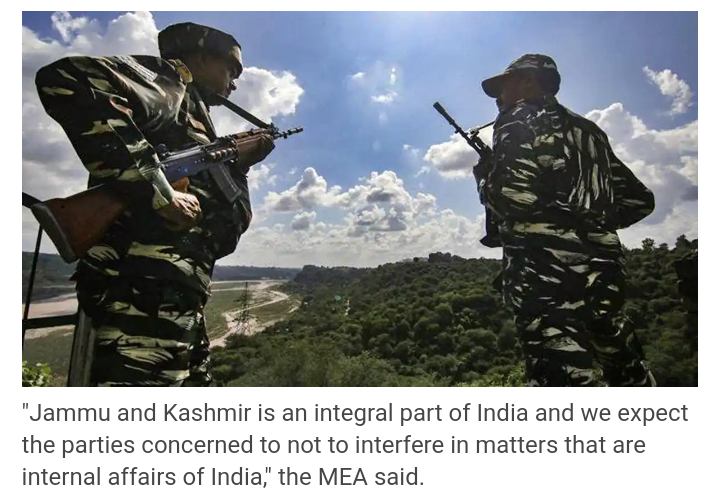 Mr Srivastava in response said, “India has repeatedly conveyed its concerns to both China and Pakistan on the projects in so-called China Pakistan Economic Corridor, which are in the territory of India that has been illegally occupied by Pakistan.”

The Pakistan foreign minister went to China after receiving little comfort from Saudi Arabia and OIC regarding taking up the Kashmir issue at the international level.

Beijing had adopted issued a similar position immediately after New Delhi scrapped Kashmir’s special status in August last year. Since then, China has also sought to raise the Kashmir issue at the UN Security Council on Pakistan’s behalf several times, but without much success.