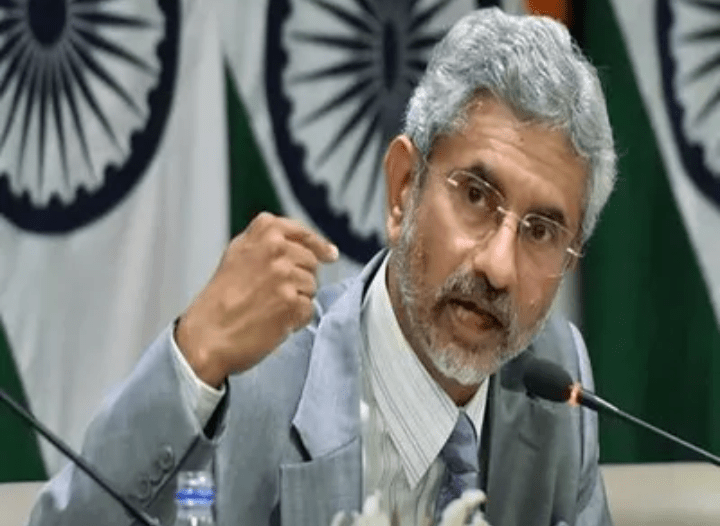 Hours after a low intensity explosion took place outside the Israeli embassy in the heart of the national capital on Friday, External Affairs Minister S Jaishankar spoke to his Israeli counterpart Gabi Ashkenazi and assured him of “fullest protection” to his country’s diplomats and the mission.

In  a tweet, Jaishankar said India has taken the incident “very seriously” and that no effort will be spared to find the culprits.

The fire department received the call at 5.11pm, as the Beating Retreat ceremony was going on at Rajpath a few kilometres away.

No one was injured but window panes of three cars parked near the embassy were shattered, witnesses said.

The explosion coincided with the anniversary of India and Israel establishing full diplomatic relations on January 29, 1992.

The improvised device was found in a flower pot on road divider near Jindal House. It appears that it was thrown from a moving vehicle, ANI reported quoting sources.

“Spoke just now to Israeli FM Gabi Ashkenazi about the explosion outside the Israeli Embassy. We take this very seriously. Assured him of the fullest protection for the Embassy and Israeli diplomats,” Jaishankar tweeted.

“Matter is under investigation and no effort will be spared to find the culprits,” he said.

Later in a video message, Israeli Ambassador Ron Malka said all the diplomats and their families are safe.

“I spoke a few minutes ago with my counterpart, Indian Foreign Minister Dr S Jaishankar, following the explosion that took place a few hours ago near the Israeli embassy in Delhi,” Ashkenazi said in a tweet.

He further said, “The Indian FM assured me that the Indian authorities are committed to the security of all Israeli diplomatic staff and will continue to act resolutely to locate all those involved in the explosion. I thanked him and promised full cooperation and any help required from Israel.

An alert has been issued at all airports, important installations, and government buildings. The CISF has directed its personnel to enhance vigil at the 63 civil airports and the Delhi Metro under its cover, besides vital installations in the nuclear and aerospace domain.

Security has also been increased at the office of the Consulate General of Israel in Mumbai. The CISF with a strength of about 1.62 lakh personnel is designated as the national civil aviation security force.