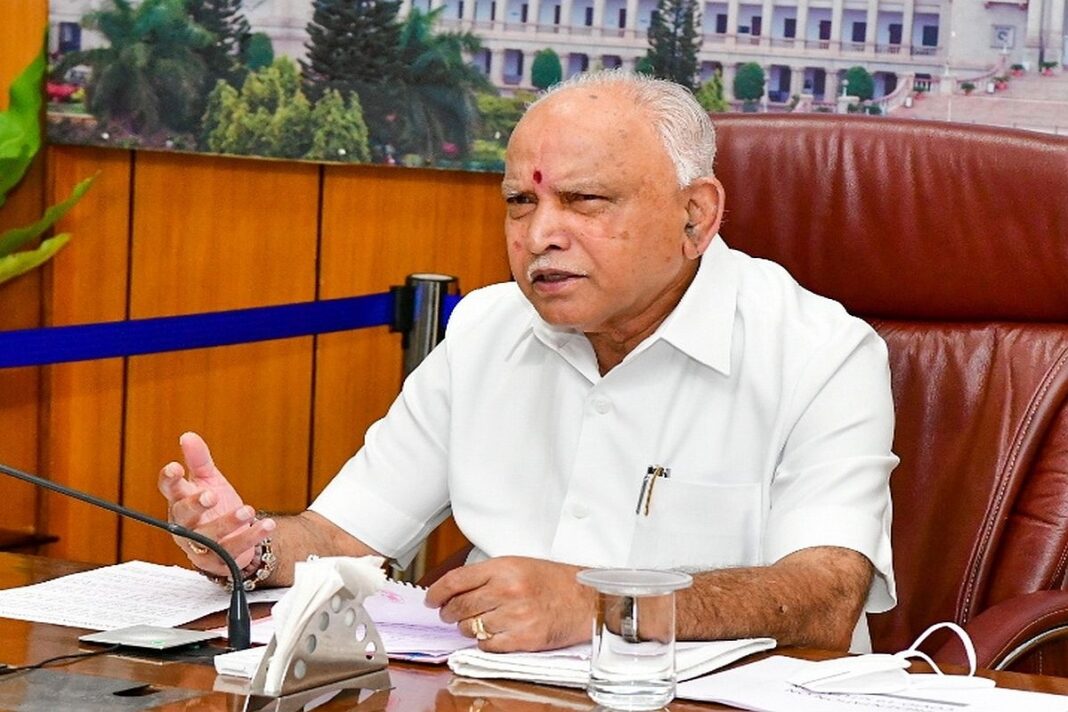 Karnaraka chief minister B.S. Yediyurappa has tested positive for the novel coronavirus. Taking to his verified Twitter handle, Yediyurappa late Sunday night informed that he has been admitted to Manipal Hospitals on the advice of doctors.

“I have tested positive for coronavirus. Whilst I am fine, I am being hospitalised as a precaution on the recommendation of doctors. I request those who have come in contact with me recently to be observant and exercise self quarantine,” he tweeted.

In the latest, it has been reported that BS Yediyurappa’s daughter, Padmavati, has also tested positive for the virus a day after his result came positive. She has also been admitted to Manipal Hospital in Bengaluru.

According to the media reports, the 77-year-old leader’s results came positive as a part of the once-in-sevem-days tests coducted by the health department.

“Karnataka CM BS Yediyurappa has been admitted to the hospital for observation. He is doing well, is clinically stable and will be monitored closely by our team,” the Manipal Hospital said in a health bulletin on Monday. According to hospital sources, the chief minister was cheerful in the morning and spoke to some family members on phone.

Karnataka is one of the worst hit states by covid in the country. As of now, more than 1,24,000 people have tested positive for the virus. While 49,7888 people have recovered, 2,314 deaths have lost their lives so far.