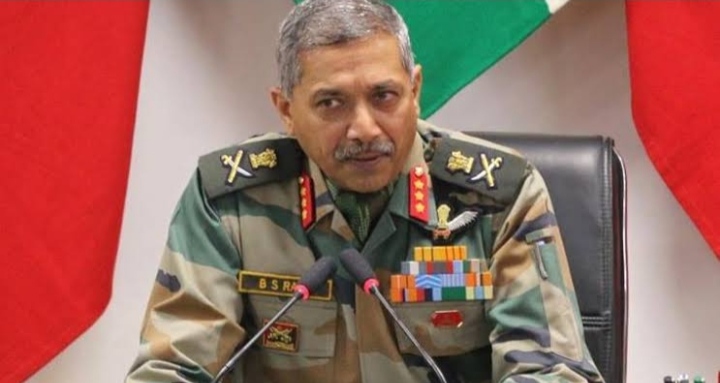 The top commander of the army, Lieutenant General BS Raju, said that this year we have been able to reduce border infiltration by 70% compared to last year.

The officers responsible for the area along with the LAC have made adequate disclosures of the situation. At LoC, we remain in complete control and ready for all conditions.

General BS Raju said that recruitment of terrorists was largely under control in 2020, especially compared to 2018. The current number of terrorists in the valley is 217, the lowest in the last decade.

He said that Pakistan’s conspiracy to send weapons and drugs through drones and tunnels is definitely a challenge. To deal with this, we are using modern techniques to detect tunnels.

Lt. Gen BS Raju said that every 20-25 searches during terrorist encounters establish contact with the terrorists. He made it clear that during the search operation, we ensure that the local people are least inconvenienced. Our soldiers are trained to respect local culture and religious sensibilities.

On ending the terrorists, Lieutenant General BS Raju said that the army wants the terrorists to surrender first. He said, ‘When we come to know that a local person is trapped somewhere as a terrorist, we ask him to surrender. If the terrorist is identified, then we also call his family members, so that he can explain. Despite all this, if the terrorist does not surrender, then he is killed. ‘

He said that terrorists from Pakistan in the valley target security forces and common citizens in crowded areas. The purpose of the terrorists is that we will also respond and the loss will be more, behind this there is a conspiracy that the image of the army can be tarnished. Terrorists use social media for new recruits.

He said that Pakistan is constantly encouraging the youth in Kashmir to choose the path of terrorism. The lieutenant general said, “In the last 6 months, 17 people who joined with the terrorists have returned. Currently, we are working with the government for a suitable surrender policy that will definitely work. ”