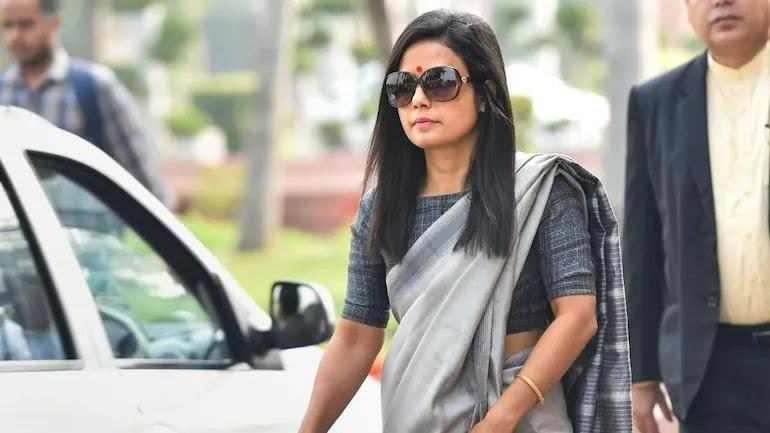 During the Congress’s Bharat Jodo Yatra, on Friday, the BJP took jibe on Rahul Gandhi’s over t-shirt worth of 41 thousand rupees.

Trinamool Congress (TMC) MP Mahua Moitra on Saturday said that “Indians are busy paying the price for all the khaki shorts”.

In a series of tweets, Moitra said, “Forget bags and T-shirts – Indians are busy paying the price for all the khaki shorts.”

Moitra, who was earlier targeted by the BJP leaders over her ‘expensive’ Louis Vuitton bag, tweeted, “Seriously advise BJP to not cross line & comment on Opposition’s personal clothes & belongings. Remember if we start doing the same with watches, pens, shoes, rings & clothes BJP MPs wear, you’ll rue the day you started this game.”

Actually, Rahul was wearing a white T-shirt of Burberry Company. Its price was told on the company’s website at 41 thousand. The BJP took a photo of this price tag and tweeted it with a picture of Rahul Gandhi. In response, the Congress, referring to PM Modi’s suit of 10 lakhs and glasses of 1.5 lakhs, said that talk about the issue … speak on inflation and unemployment.

After the start of the Congress’s Bharat Jodo Yatra, it is getting embroiled in controversies. On Friday, Rahul Gandhi met Catholic priests in Kanyakumari, Tamil Nadu. During this, when he asked that Jesus Christ is a form of God, isn’t he? To this Tamil priest George Ponnaiah said- ‘Jesus Christ is the real God’.

Ponnaiah, while refusing to accept the formless power worshiped in Hinduism as God, said – God presents himself as a real human being… not as Shakti… so we can see God as a person.