Massive fire breaks out at 60-storey building in Mumbai 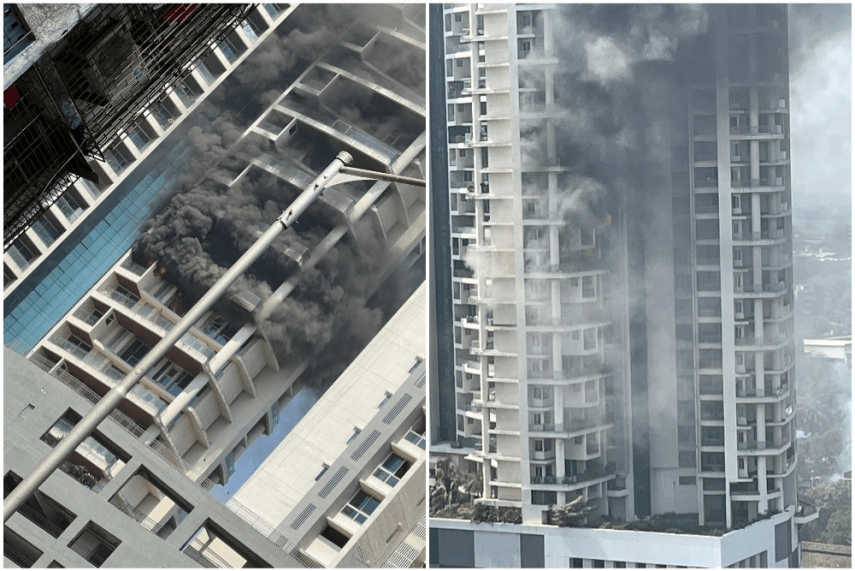 A fire broke out in a 60-storey luxury residential building in central Mumbai on Friday, a fire brigade official said. The level-four fire erupted on the 19th floor of the One Avighna Park building on Currey Road shortly before noon, the official said.

The fire brigade received information about the fire in a residential building in Curry Road area at around 12 pm today. A 30-year-old man died as he fell from the 19th floor of the building.

The videos and images of the building engulfed in flames have caused concern and alarm on social media. One of the videos going viral shows a man dangling from a window and then falling off.

According to reports, the man seen falling in the video has been identified as Arun Tiwari, 30, who succumbed to his injuries from the fall. Tiwari was taken to a hospital where he was declared brought dead.

At least 15 fire-tenders rushed to the spot and battled the flames inorder to prevent it from spreading to other floors. A majority of the residents managed to evacuate themselves, including several senior citizens and children.

The cause of the blaze, tentatively believed to be due to a short-circuit, is being probed and the building reportedly has all fire-safety measures in place, said the residents.