More than 90 killed by security forces in Myanmar 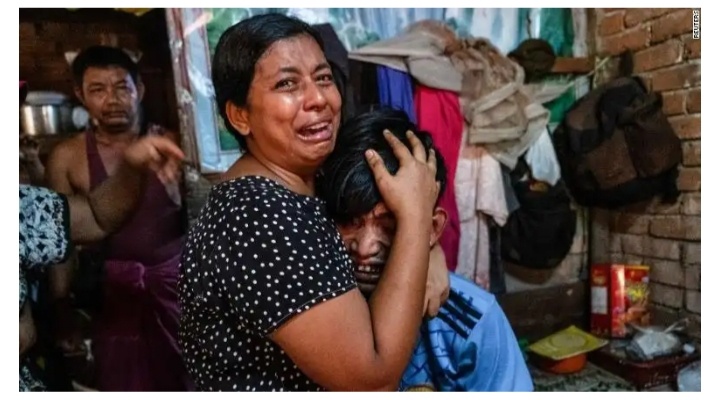 Security forces killed more than 90 people, including some children, across Myanmar on Saturday in one of the bloodiest days of protests since a military coup last month, news reports and witnesses said.

State television had said on Friday that protesters risked being shot “in the head and back”. Despite this, demonstrators against the February 1 coup came out on the streets of Yangon, Mandalay and other towns.

The Myanmar Now news portal said 91 people were killed across the country by security forces.

The killings quickly drew international condemnation, with multiple diplomatic missions to Myanmar releasing statements that mentioned the killing of civilians Saturday, including children. This 76th Myanmar Armed Forces Day will stay engraved as a day of terror and dishonour, the European Union’s delegation to Myanmar said on Twitter. The killing of unarmed civilians, including children, are indefensible acts.”

“As the Special Envoy on Myanmar, Christine Schraner Burgener has said, ensuring peace and defending the people should be the responsibility of any military, but the Tatmadaw has turned against its own people.” The Tatmadaw is the official name for Myanmar’s armed forces.

According to the latest tally by the nonprofit Assistance Association for Political Prisoners, at least 328 people have been killed in Myanmar since the military coup on February 1.