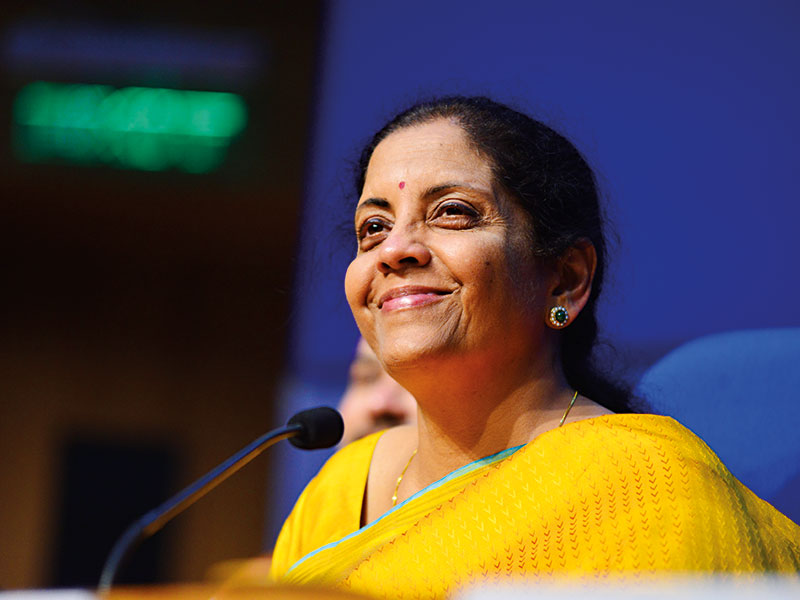 Union Finance Minister Nirmala Sitharaman was on a visit to Telangana on 02 September. At the same time, she went on a tour with the collector at a ration shop. At that time he asked the collector of Kamareddy district about the plan of the central government, when he could not answer this, the finance minister got angry on the collector.

Infact, it happened that Sitharaman asked the collector how much money is received from the state government for the free rice being distributed under the scheme? Apart from this, the minister also asked why there is no picture of Prime Minister Narendra Modi at the ration shop. After this incident, the minister of Telangana government has targeted Sitharaman.

Sitharaman asked the collector, ‘The rice which is being sold in the market for Rs 35, is being distributed to the people here for one rupee. What is the share of the state government out of the remaining Rs 34? The collector could not answer this. After this Nirmala Sitharaman gave half an hour to the collector. She then asked the official to tell how much money the central and state government provides for free ration?

How much money does the central and state government give on free ration?

On the statement of the Finance Minister, Health Minister of Telangana Government T Harish Rao said that asking the Union Minister to keep the picture of Prime Minister Narendra Modi in the ration shop is inconsistent. He said that under the National Food Security Act (NFSA), the central government supplies 10 kg rice to only 50 to 55 per cent cardholders at Rs 3 per kg per month and the rest 45-50 per cent cardholders are provided with Telangana government at its own expense.